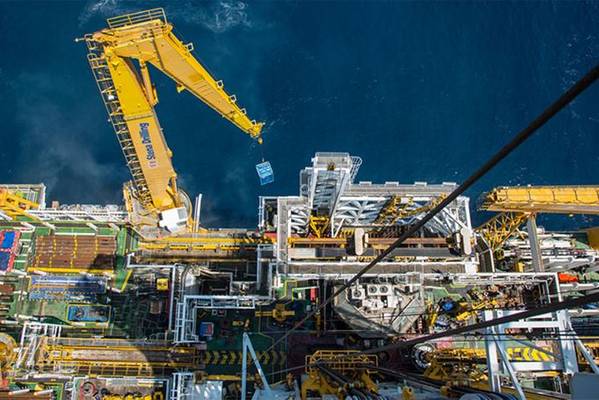 Tullow Oil has made a major oil discovery in the deepwater Orinduik block offshore Guyana, raising expectations that the London-based independent will move to develop a field in the closely watched, oil-rich South American country.

The discovery in the Jethro-1 well follows a number of exploration successes by ExxonMobil in the neighboring Stabroek block in recent years.

The Jethro-1 was drilled by the Stena Forth drillship to a total depth of 4,400 meters in approximately 1,350 meters water depth. Evaluation of logging data confirms that Jethro-1 comprises high quality oil bearing sandstone reservoirs of Lower Tertiary age. The well encountered 55 meters of net oil pay which supports a recoverable oil resource estimate which exceeds Tullow’s pre-drill forecast. Tullow will now evaluate the data from the Jethro discovery and determine appropriate appraisal activity.

Tullow CEO Paul McDade said the well is expected to hold over 100 million barrels of oil, in excess of expectations.

Tullow operates the Orinduik block with a 60% stake. Its partners in the block are Total and Eco Atlantic, with 25% and 15% shares respectively.

Julie Wilson, director, global exploration, at Wood Mackenzie, said, “This is the first discovery by an operator other than ExxonMobil in the deep waters of the Guyana basin.

Wilson added, “The Orinduik block is up-dip of ExxonMobil’s Stabroek block. Orinduik’s prospects are in channel sands, rather than basin floor fans. This means that they will individually be smaller in size – a couple of hundred million barrels of oil equivalent rather than billion-plus.

“Jethro-1 is analogous to ExxonMobil’s Hammerhead discovery, also in the Tertiary, which extends into Tullow’s Orinduik block.”

Rystad Energy exploration analyst Palzor Shenga said, “After dominating the list of major offshore discoveries in 2018, Guyana has extended its winning streak. With multiple prospects identified, Tullow and its partners could easily be sitting on a multi-billion barrel block.”

“This discovery holds not only a significant impact for the prospects identified within the block but also for future Guyanese exploration, and cements the extension of a petroleum system beyond the game-changing Stabroek block,” Shenga said.

The Jethro-1 discovery significantly de-risks other Tertiary age prospects on the Orinduik licence, including the shallower Upper Tertiary Joe prospect which will commence drilling later this month following the conclusion of operations at the Jethro-1 well.

In addition, CGX plans to spud the Utakwaaka-1 well in its Corentyne block by the end of the year, and the Carapa 1 well will be drilled later this year on the adjacent Repsol-operated Kanuku licence to test the Cretaceous oil play, targeting some 200 million barrels.

“Tullow is a partner in the Kanuku block and its knowledge will be extremely helpful on the Carapa-1 well, as the company was able to complete an extremely cost-efficient drilling operation at Jethro-1,” Shenga said.

“This substantial and high value oil discovery in Guyana is an outcome of the significant technical and commercial focus which has underpinned the reset of our exploration portfolio. It is an excellent start to our drilling campaign in the highly prolific Guyana oil province. We look forward to drilling both the Joe and Carapa prospects in our 2019 drilling campaign and the material follow-up exploration potential in both the Orinduik and Kanuku licences,” McDade said.

“Today’s announcement comes 12 years after the Jubilee discovery, made in the West African Transform Margin. Tullow is finally rewarded for its belief that the margin is mirrored on the Latin American side of the Atlantic,” she said.

Tullow first tried to prove this with the Zaedyus discovery, offshore French Guiana. Zaedyus proved the petroleum system was in place but the volumes were too small to be commercially viable.