“See” Ahead of the Bit 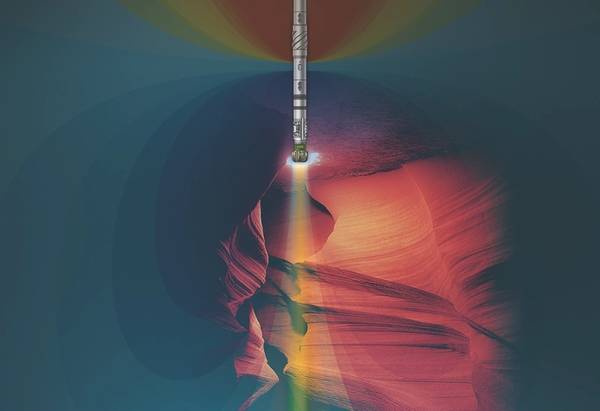 The IriSphere service includes transmitters and multi-receivers in the BHA to provide continuous resistivity measurements that detect formation features far ahead of the drill bit. (Image: Schlumberger)

Even with the best seismic data and reservoir modeling available, drillers have remained in the dark about what’s in front of the drill bit. A new sensing tool has been designed to “see” ahead of the bit and can transmit data in real time to shift drilling operations from reactive to proactive.

In early May, Schlumberger launched the IriSphere look-ahead-while-drilling service, which uses deep directional electromagnetic (EM) technology to detect formation features as far as 100 feet ahead of the drill bit in real time, which allows drillers to adjust operations accordingly.

With this tool, drillers can identify the precise locations of hazards like the bottom of a salt layer or the top of a depleted or over-pressured zone to avoid stuck pipe, mud losses and kicks, says Vera Krissetiawati Wibowo, Drilling & Measurements resistivity product champion, Schlumberger. Feedback from the launch of the technology has been “very positive,” she says.

Schlumberger proposed the IriSphere service to an operator concerned about the potential for a high-pressure zone in a shallow water exploration field offshore China. This operator had previously penetrated the zone and experienced severe borehole instability issues which led them to need to redrill, she says.

For the new well, the operator believed the optimal casing zone was below a shale marker and above the high-pressure reservoir, Wibowo says.

“The shale marker was detected 20 meters ahead of the bit,” she says. The casing was safely set at a depth that isolated the lower pore pressure and high fracture density formation from the high-pressure sand, and drilling resumed, she adds. 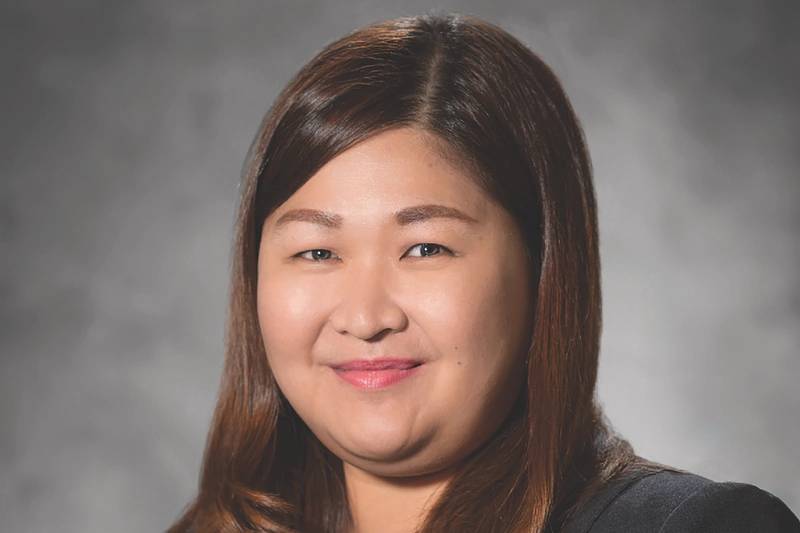 Avoiding the drilling hazards is not the only advantage, Wibowo says. Because the tool can sense up to 100 feet ahead of the drill bit, it can detect the top of reservoir, distinguish between thin laminates and true reservoirs, and provide intelligence on the depth of the reservoir, she says.

That capability saved an operator from needing to drill a sidetrack well offshore Western Australia. The operator had a complex reservoir environment with high seismic uncertainty on the position of the reservoir top. The field had a complex anticline and was composed of siltstones between discontinuous sand bodies and characterized by a lack of markers above the reservoir. In such situations, conventional drilling methods call for drilling a pilot hole to locate the top of the reservoir, then a sidetrack to determine the thickness.

Schlumberger’s IriSphere service detected the top of sand 62 feet ahead of the bit and was able to detect the 82-foot thick sand. Subsequent coring operations were optimized based on data acquired while looking ahead of the drill bit.

The IriSphere service’s EM-based deep directional resistivity measurements are integrated with offset and other data to provide a resistivity profile ahead of the bit, delivering an accurate downrange representation of the formation while drilling.

The tool enables the customer to make proactive drilling decisions rather than reacting to measurements at or behind the bit, Wibowo says.

She emphasizes that pre-job modeling is crucial to understanding reservoir issues and sensitivities to determine how far ahead the customer has the ability to look. It’s also key to properly space the transmitter and receivers when planning the bottom hole assembly (BHA) to obtain the desired sensitivity, she said.

“The further we space the transmitter and receivers, the further our signal propagates,” she says.

To date, she says, the largest distance between the transmitter and receiver has been 160 feet along the drillstring, which made it possible to see 100 feet ahead of the drill bit.

The system uses one transmitter combined with one, two or three receivers. The system applies to hole sizes ranging from 5 5/8 inches to 16 inches.

With more than 100 measurements available in real-time, IriSphere uses state-of-the-art inversion to invert for a high-resolution 1D formation profile in resistivity ahead of the bit, according to the company.

In developing the tool over the course of five years, Schlumberger conducted more than 25 field trials in Asia, Australia, Latin America, North America and Europe. These trials included successfully detecting reservoirs and salt boundaries, identifying thin layers and avoiding drilling hazards, such as high-pressure formations that can lead to wellbore stability issues. The tool has also been used onshore to detect a high-pressure environment.

The development team – which includes a number of experts in deep directional resistivity – engineered the system in response to customer requests to be able to look ahead of the drill bit in order to reduce drilling risks, improve efficiency and place casing in specific locations.

“Knowing the conditions that lie ahead in real time and continuously enables the customer to reduce drilling uncertainties,” Wibowo says. 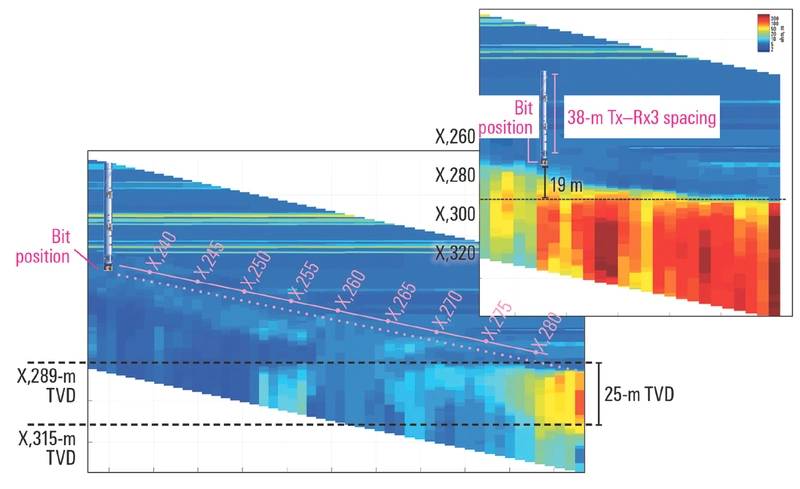 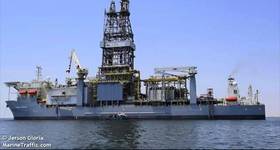