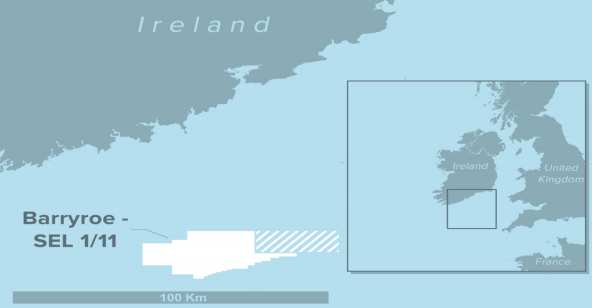 Irish based oil and gas company Providence Resources informs it has received permission from Irish authorities to perform a site survey later this month at its operated Barryroe field within the within SEL 1/11 license offshore Ireland.

SEL 1/11 is operated by Providence's wholly-owned subsidiary EXOLA. Its partners in the project are APEC Energy Enterprises and Lansdowne Celtic Sea.

The area lies in approximately 100 meters water depth in the North Celtic Sea Basin, about 50 kilometers off the south coast of Ireland.

The partners have confirmed that they have received permission from the Minister of State at the Department of Communications, Climate Action and Environment to undertake a seabed debris clearance, environmental baseline and habitat assessment site survey over the area of the Barryroe field.