Subsea Bypass to Keep Sand Out of Critical Equipment 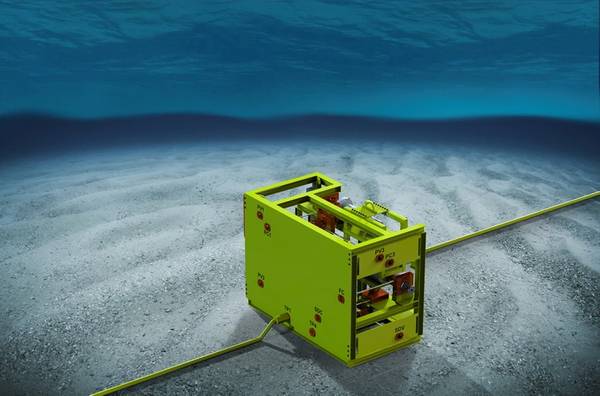 eProcess Technologies has developed the Subsea Desander (SSD) to Technical Readiness Level 5. It has no moving parts and is about 10% of the size and weight of conventional filter systems. The SSD can remove 98% of particles from 5 to 50 microns and larger, and up to 99% by weight. (Image: eProcess Technologies)

While operators are in the business of producing oil and gas, their wells eventually produce sand. In addition to constricting the well’s oil and gas output, sand that reaches the topsides can damage critical equipment.

“Wells will produce sand in the future, and they need to have the mindset that they need to prepare for that sand whenever it comes in, whenever that may be,” he says.

At the topsides, a common method for removing the sand from the production stream is via a cyclonic desander. But because operators have expressed interest in removing the sand at the seabed, so that it doesn’t compromise crucial subsea equipment such as multiphase pumps, eProcess Technologies evaluated nearly three dozen solutions for subsea sand separation.

“The number one issue is how to handle sand subsea,” he says.

He says the limit with retrieval containers are the operator’s retrieval capabilities, while an operator tried injecting the sand into a disposal well but later mothballed the effort due to poor performance.

The most viable option, he says, is the subsea bypass method, which requires marinizing the company’s existing cyclonic wellhead desander. eProcess Technologies has the Subsea Desander (SSD) at Technical Readiness Level 5 and believes it could be installed offshore within a year of signing a contract. The unit can be retrofit onto an existing subsea template.

According to the company, the SSD has no moving parts and is about 10% of the size and weight of conventional filter systems. The SSD can remove 98% of particles from 5 to 50 microns and larger, and up to 99% by weight. Design rating is up to API 6A 20K.

The company says the SSD operates by directing fluids into the cyclone, creating vortex flow and high g-forces. Free gas disengages and separates quickly so heavier solids are forced outward toward the cyclone wall while the lighter fluids migrate in the opposite direction toward a center core. Solids spiral down the cyclone to the underflow outlet, while the remaining fluids are forced in the opposite direction to the overflow. The process requires 2-3 second residence time.