GSP Holding company GSP Offshore SRL is the preferred drilling and engineering services provider of Trident Black Sea, in its bid for the right to negotiate a production sharing agreement (PSA) with the Ukrainian government for the offshore Dolphin block in the northwestern part of the Black Sea.

According to a press release from the Romanian company providing offshore integrated services for oil and gas industry said that Trident Black Sea will be the operator of the project, in the event of a winning bid.

Other partners of Trident for this project are San Leon Energy for non-operating technical assistance, and Lamor AB, as environmental protection services provider. Trident Black Sea is a subsidiary of Trident Acquisitions Corp., a US Nasdaq listed company focused on energy investments.

“We are pleased to take part in the Dolphin Block bid. For GSP, the partnership with Trident stands as a recognition of our capabilities and expertise as leading oil & gas services provider in the Black Sea region.” Said Gabirel Comanescu, president of GSP Holding.

The minimum work program requirements include $ 55,5 million of investment, and drilling of minimum 5 exploration wells. Should the first well drilling be successful, the production is expected to commence in 3.5 years.

The Dolphin block covers 9,496 sq km of the northwestern part of the Black Sea’s continental shelf and has an overall potential of 286 mtoe, as estimated by the Ukraine State Geological Committee, is 286 mtoe. 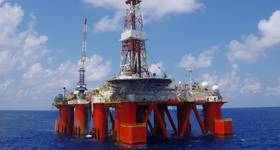 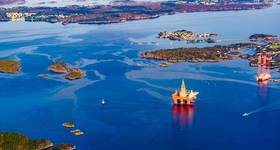