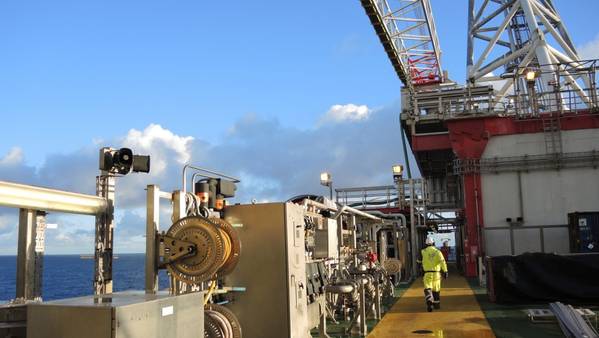 The Gudrun partners have decided to invest in a water injection plant  to improve declining production the Gudrun field in the middle of the North Sea, field operator Equinor announced on Tuesday. This will extend the field life by three years compared to the original plan.

Tom Elseth, Equinor’s project director for Gudrun said the partners will invest NOK 2.4 billion in the project to improve recovery from the reservoir.

The water injection project will produce water from the Utsira formation and reinject it into the reservoir for pressure support and increased production. In addition, a new production well will be drilled.

“This is a good example of how we secure long-term activity on the Norwegian continental shelf. Based on deeper understanding of the reservoir and technology development we are able to increase the recovery rate and value creation from the field while extending the field life to 2032, three years longer than originally scheduled in the plan for development and operation (PDO),” says Marit Lunde, vice president for Gudrun operations in Development & Production Norway.

The measures implemented to extend the field life are referred to as Gudrun phase 2.The Gudrun PDO was approved by Norwegian authorities in 2010 and the field came on stream in 2014. Seven wells are currently in production on the field.

A contract for detail engineering, fabrication, installation and start-up of the water injection plant has been awarded to the service company Aibel. The contract value is around NOK 500 million. In addition, Aibel has been awarded work with other oil wells on the Gudrun field during the same period. In total the contract value is around NOK 600 million. At peak, approximately 160 people from Aibel will be involved in the project both onshore and on the offshore installation.

In the autumn of 2018, Aibel was awarded the front end engineering design (FEED) for Gudrun Phase 2, and today's award is extension of the work to engineering, procurement, construction and installation (EPCI).

In the summer of 2013, Aibel delivered the platform deck for Gudrun after being responsible for EPCI.

Equinor and its licence partners Neptune, OMV and Repsol plan to start up the water injection plant during 2021.

“The accommodation on the Gudrun platform is small. To be able to carry out offshore modifications and complete the work by 2021, we must use the Rowan Stavanger rig while it is carrying out scheduled production drilling on the field,” Elseth said.

The rig will have catering capacity for personnel involved in both drilling and installation activities.

The Gudrun field, located in licence area PL025, about 55 kilometers north of the Sleipner installations, is developed with a traditional steel platform resting on the seabed. The platform has capacity for partial treatment of oil and gas, before the hydrocarbons are sent via pipeline to Sleipner.

The Gudrun field holds about 184 million barrels of oil equivalent. This is a high pressure, high temperature reservoir.