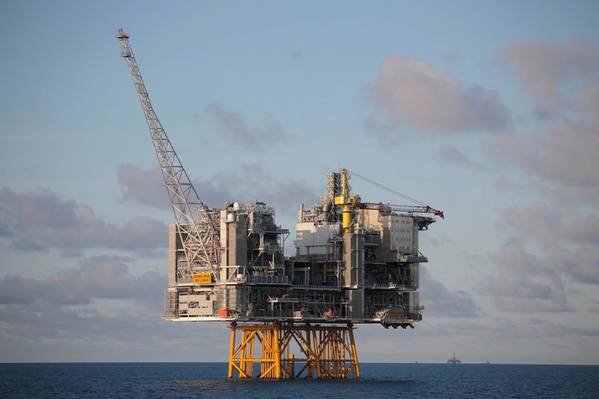 The Norwegian Ministry of Petroleum and Energy has granted final approval for the plan for development and operation (PDO) for the Solveig field, operator Lundin Petroleum announced on Wednesday.

The Solveig field is the first tieback development project to the Lundin Norway operated Edvard Grieg platform on the Utsira High, in the Norwegian sector of the North Sea.

First oil from Solveig phase 1 in PL359 is expected in the first quarter of 2021 with a forecast gross peak production of 30 Mboepd. Phase 1 capital cost is estimated at $810 million gross ($527 million net to Lundin), with a breakeven below $30 per boe and consists of three horizontal oil production wells and two water injection wells.

The contract for the modification of the Edvard Grieg field facilities has been awarded to Rosenberg WorleyParsons and the subsea system contract has been awarded to TechnipFMC under a lump sum engineering, procurement, construction and installation contract (EPCI). Drilling work will be undertaken using the West Bollsta high specification semi-submersible rig, operated by Seadrill.

Lundin is the operator of Solveig with a 65% working interest and the partners are OMV and Wintershall DEA with 20% and 15% working interest respectively, the same as Edvard Grieg; this alignment of ownership interests allows for optimization of production and value for all partners.

Alex Schneiter, CEO and President of Lundin Petroleum, said, “I am very pleased to note the final approval from the Ministry of Petroleum and Energy for the PDO of Solveig; this is our first tie-back project to Edvard Grieg and is an important part of the future for the Greater Edvard Grieg Area solution. We have assembled a very good team to lead the project, supported by industry leading contractors and I look forward to reporting on its progress as we head towards first oil in early 2021.”