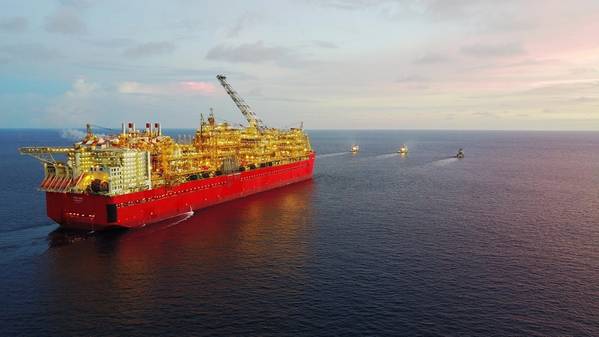 Shell Australia Chair Zoe Yujnovich said on Wednesday that it was too early to tell whether Prelude, one of two floating LNG (FLNG) projects in the world, would be replicated in future, as the company was still commissioning the project.

"I think that there's an opportunity for the floating concept. Whether it be used as a decade-long initiative or whether it's used in alternate fashions is probably something still to be drawn to conclusion," Yujnovich said at the Credit Suisse Australia Energy Conference.

Pipeline costs, improving the FLNG technology and management of early and late-stage output at a field would all be factors in determining whether FLNG might be viable for other gas developments, she said.

Yujnovich replied "no" when Credit Suisse analyst Saul Kavonic asked whether there was concern about reserves in the Prelude gas field, as Shell had already started preliminary design work on a new field, Crux, and was seeking environmental approval for it to supply Prelude FLNG from 2025 onward.

Shell had originally planned to tap the Concerto field after Prelude, but instead decided to tap the Crux field. It aims to make a final investment decision on Crux in 2020.

Crux, owned by Shell, Osaka Gas and a unit of Seven Group Holdings, is one of several gas fields that have long been awaiting development off northwestern Australia.

Shell is also involved in the biggest undeveloped gas resource in the area, Browse, run by Woodside Petroleum . Woodside aims to make a final investment decision in late 2020.

Before that, the Browse partners need to sign a tolling agreement for processing their gas through the North West Shelf LNG plant, in which Shell and Woodside also have stakes. Woodside had flagged earlier this year it expected to reach a final tolling agreement by the end of June.

With around 11 days to go until then, Yujnovich said there were still complex issues to resolve, even though the North West Shelf partners all agree Browse should be the new anchor source for the plant after its current source runs out.

"Will we get through it? I'm absolutely certain we will. But I think it's also important that we don't try and leap over some of these real issues now and then find ourselves down the track with significantly more complicated problems," she said.