Allseas’ record-breaking multipurpose heavy-lift and pipelay vessel Pioneering Spirit has completed the single-piece removal of the 25,000-metric-ton Brent Bravo topsides from the UK sector of the North Sea.

Completed early Tuesday morning, the operation took approximately four hours, from positioning the vessel around the platform to the moment of the lift, the Swiss-based offshore contractor said. The actual “fast lift” of the topsides took only nine seconds. 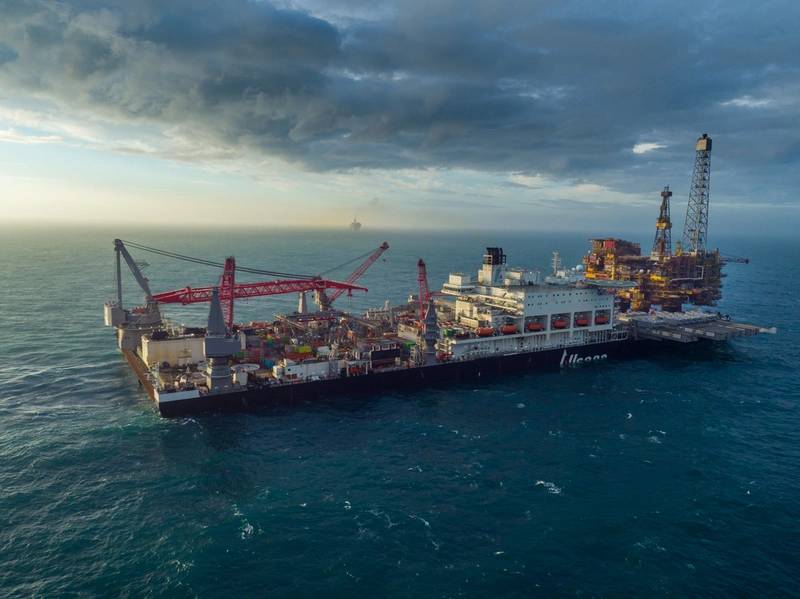 Brent Bravo is the second of four platforms, after Brent Delta in 2017, to be decommissioned and removed from the Brent oil and gas field. On both occasions, Shell UK has utilized Pioneering Spirit’s single lift, motion-compensated technology.

Located 186 kilometers off the northeast coast of the Shetland Islands, the Brent Bravo platform comprised a topsides structure supported by three 12-meter-diameter steel-reinforced concrete legs, which stand in 140 meters of water.

Cuts between the topsides and supporting legs were made during the final months of platform preparations. Until the lift, the structure was held in place by purpose-built shear restraints that prevented lateral movement. The concrete legs remain in situ, capped with concrete covers fitted by one of the vessel’s cranes. A solar-powered navigational aid has also been installed on top of one of the capped legs. 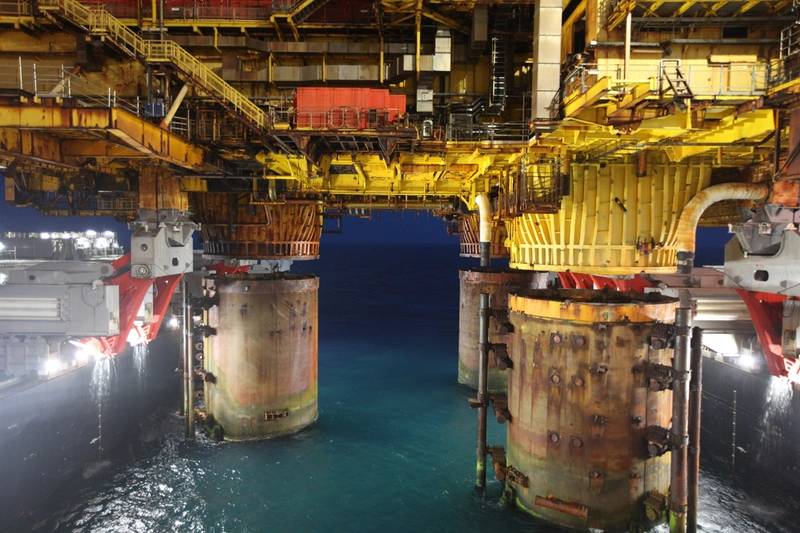 The 125-meter-tall, 70-meter-wide topsides have since been sea-fastened on board Pioneering Spirit for transport to the Able UK decommissioning yard in Teesside, North East England. At a nearshore location off the coast of Hartlepool, the topsides will be transferred to Allseas’ cargo barge “Iron Lady” for the final leg of its journey, towage up the Seaton Channel and load-in to the quay at Able UK’s yard for dismantling.

Since becoming operational in 2016, Pioneering Spirit has lifted more than 130,000-metric-ton of topsides weight and installed over 1,500 kilometers of subsea pipeline. The single-lift removal of the 24,200-metric-ton Brent Delta topsides in April 2017 set a new record for a lift undertaken at sea, until Pioneering Spirit’s installation of the 26,000-metric-ton production platform for the Johan Sverdrup development offshore Norway, earlier this year.

Just last week Pioneering Spirit lifted and removed the original accommodation platform topsides from the Valhall field in the southern part of the North Sea. 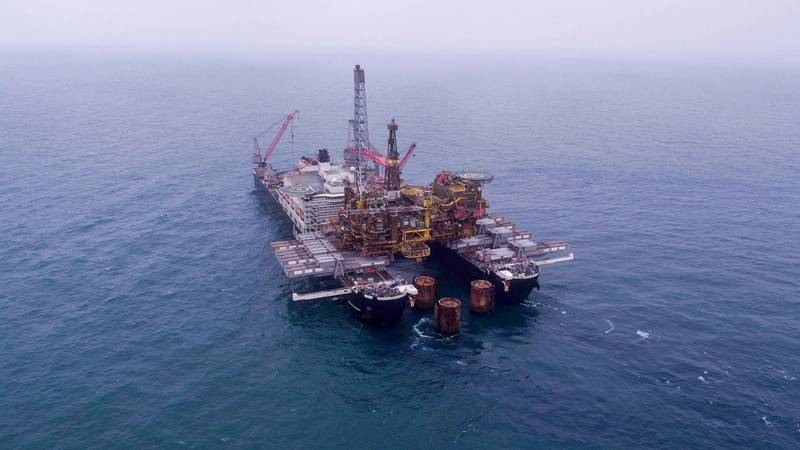