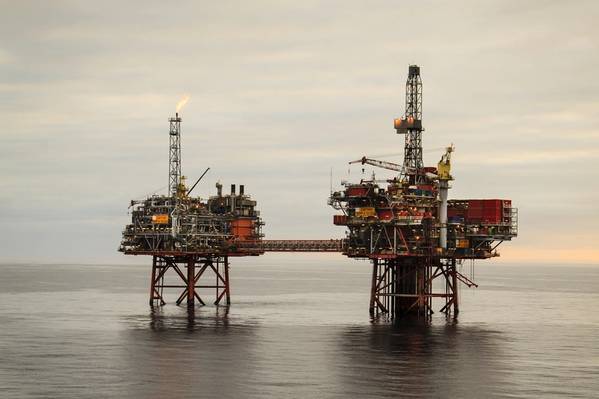 Under pressure from a fall in oil prices to near 14-year lows of $26 a barrel in 2016, major oil and gas companies in the North Sea have been forced to sell assets to private equity-backed investors and specialized operators.

Delek said the deal, backdated to Jan. 1 and pending regulatory approval, will quadruple Ithaca's pro-forma production to 80,000 barrels of oil equivalent per day. Cash coming from the field after Jan. 1 will probably bring the price paid by Ithaca down to around $1.65 billion.

Ithaca Chief Executive Les Thomas said the deal, which he expects to close in September, would make it large enough for Delek to list Ithaca on the London stock exchange.

"(Delek) are a long-term investor (and) very comfortable with having a majority ownership in a public vehicle," Thomas told Reuters, adding there was no timeframe yet for a listing.

The deal leaves Chevron with a heavily reduced North Sea footprint, including its 19.4 stake in the BP-operated Clair field west of Scotland's Shetland islands.

"Chevron has a disposal target of $5 billion to $10 billion between 2018 and 2020... This transaction will bring Chevron within a whisker of hitting the low end of its target range over a year early," Tom Ellacott, senior vice president of corporate analysis at consultancy Wood Mackenzie said.

Norway's DNO this month said it aims to boost production in the North Sea by making more acquisitions, while ConocoPhillips recently sold its assets in the North Sea to private equity-backed Chrysaor.

Delek, which reported a 19% rise in quarterly profit to 290 million shekels ($80 million) in the first quarter, up from 243 million a year earlier, lost out to Equinor this month in a $1 billion deal with Royal Dutch Shell for a stake in a Gulf of Mexico field.

Delek said in its results statement that first quarter revenue rose to 1.99 billion shekels from 1.78 billion, boosted by higher sales volumes of gas from the Tamar natural gas field off Israel's coast, and the consolidation of the Greater Stella Area assets that Ithaca bought at the end of 2018.

Ithaca contributed 163 million shekels to Delek's operating income in the quarter, up from 103 million a year earlier.

The larger Leviathan project, in which Delek has a major share, is 84% complete and remains on schedule for gas sales to begin by the end of 2019, Delek said.

The company will pay a quarterly dividend of 120 million shekels, unchanged from a year ago.