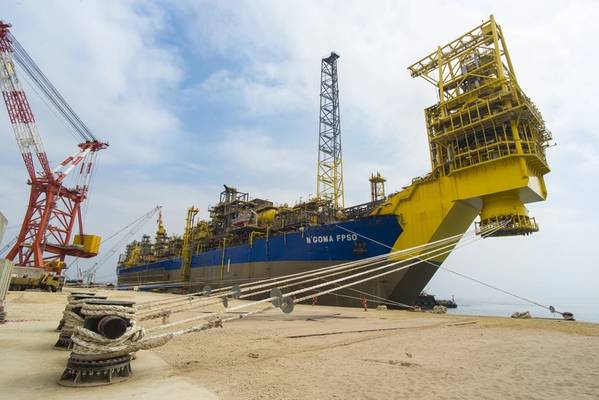 Eni has made a new light oil discovery near its West Hub facilities in the deep waters offshore Angola, the Italian supermajor announced on Tuesday.

The well, drilled on the Ndungu exploration prospect in Block 15/06, is estimated to contain up to 250 million barrels of light oil in place, Eni said.

The Ndungu-1 NFW well was drilled by Transocean’s Deepwater Poseidon drillship in 1,076 meters water depth and reached a total depth of 4,050 meters. Ndungu-1 NFW proved a single oil column of about 65 meters with 45 meters of net pay of high quality oil (35° API) contained in Oligocene sandstones with excellent petrophysical properties. The result of the intensive data collection indicates a production capacity in excess of 10,000 barrels of oil per day.

Ndungu is the first significant oil discovery in Angola inside an already existing development area. According to Eni, it certifies the concrete validity of the recent legislation, promoted through the Presidential Legislative Decree No. 5/18 of May 18, 2018, which defines a favorable legal framework on additional exploration activities within existing development areas.

The find is the fourth of commercial nature since the Block 15/06 Joint Venture, including Eni (operator, 36.8421%), Sonangol P&P (36.8421%) and SSI Fifteen Limited (26.3158%), re-launched its exploration campaign in mid-2018, following the Kalimba, Afoxé and Agogo discoveries. Together, the four are estimated to contain up to 1.4 billion barrels of light oil in place. The appraisal phase of these discoveries will target their additional upside.

Proximity to an existing subsea production system will allow the Block 15/06 partners to fast-track production development of the new Ndungu discovery, located about 2 kilometers from the Mpungi field.

In Block 15/06 the two oil development projects, West Hub and East Hub, currently produce about 155,000 barrels of oil per day.