Is There a Golden Opportunity for Jack-ups? 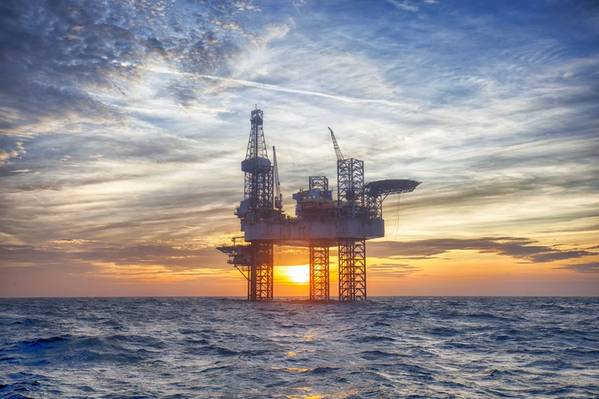 As oil prices continue to stabilize, operators are looking for the most efficient drilling and intervention methods to keep their downturn inspired cost savings in place.

Jack-up rigs have long been known as the cheaper alternative to their floating cousins; semi-submersible (semi-sub) rigs or drilling vessels. However, the real operational benefits of the rig’s fixed feet design have often been overlooked, when being used for subsea operations.

To date, more than 7,000 subsea projects have been developed worldwide (WoodMac, 2019). Predominantly drilled using semi-subs or drill ships, it is perhaps natural then that there remains an industry-wide tendency to default to these systems for exploration, development, intervention and decommissioning on subsea wells.

Opting for the right choice of rig infrastructure for these jobs is now more difficult than ever. With extensive subsea architecture, ultra-deep drilling, aging infrastructure, and not to mention cost all part of front-end considerations, decision-making models can be complex.

Choosing the right rig
So, when would a jack-up be the right way to go?

To understand this, it is helpful to look at well history. In the early 1970s and 80s, industry blowout preventer (BOP) systems were comparatively light compared to today’s models.

As the industry moved into deeper water depths, and as safety regulations changed, the BOPs got much bigger and more complicated. Now, it is not uncommon for them to weigh upwards of several hundred tons.

Flip to today and these are the wells which are now beginning to be decommissioned, or which require significant intervention. The default position when carrying out abandonment on a well that might have been drilled many years ago, originally by a semi-sub, is to bring the exact same type of installation back to do the job. This, however, will have one major downside. It’s now a significant challenge to even get the wellhead to support the weight of a modern BOP system, when using a semi-sub, or the loads imparted by vessel movement and offset.

The same is true for a newly drilled well. A subsea drilling engineer may be familiar with operations using a semi-sub, but perhaps unaware of the benefits of using a jack-up, or have the technical and interface knowledge to make a project successful. It results in a default position of using a semi-sub – even if a more cost effective and technically superior solution is available.

A nimble choice?
So, is the nimble jack-up a better choice than semi-subs?

The truth is that there are benefits and drawbacks of both, but, the capabilities of jack-ups have often been outshone by the familiarity of semi-subs for subsea well projects.

Jack-up rigs have evolved considerably since their early days in the late 1970s. With technological and infrastructure advances, such as subsea high-pressure riser systems, accessing subsea wells via this type of rig is now much safer and more simplistic than ever.

Today, it is commonplace that jack-ups operate worldwide in water depths of over 100 meters and in some cases, up to 150 meters - meaning that there are more than 2,500 subsea wells easily accessible using this type of rig today and even more planned for the future (WoodMac, 2019).

Jack-ups also now have access to a sophisticated equipment and engineering industry that can support their operations. There are several companies who have suitably qualified equipment, high quality sealing and an inventory of support infrastructure, as well as turnkey interface management and engineering support. A far cry from the ‘cobbled together’ perception of the risers and ancillaries that used to be prevalent.

Riding the waves
One significant advantage of a jack-up is its ability to withstand bad weather or poor conditions once fixed on a location. Because it has a surface BOP with a subsea riser system, and because a jack-up rig is fixed stationary above the wells, the offset of waves and vessel responses is very low. Therefore, any tension or stresses on the riser system, subsea and surface equipment is also going to be much lower than that of a semi-sub. In fact, jack-up rigs with subsea high-pressure riser systems can be used, without interruption, in conditions exceeding 50-year extreme storms, and waves over 30 meters.

By comparison, a semi-sub, because it is a floating vessel, can only withstand wave heights of around 2-3 meters before it will have to stop operations completely and potentially unlatch or move off well center. This results in considerable operational downtime when working in shallow water environments, where these impacts are greatly magnified. This can significantly increase cost due to additional rig rental time.

Another fundamental factor that is critical to considering which rig is best suited to your operations is subsea architecture. In areas like the UKCS, where operations have taken place over decades and extended incrementally, there simply needs to be enough space for the jack-up to place its legs on the seabed. It’s important to note that the sea floor has to be able to take the weight of the legs, which sounds like a dramatic consideration, but it is possible to break through and create instabilities if it cannot bear the load. This is something that is easily assessed via riser or conductor analysis services.

Both rig types will transfer motion generated by environmental conditions to the subsea well. However, the motion of a semi-sub, even during benign wave conditions, can significantly reduce the fatigue lifetime and exceed allowable operating parameters of critical subsea well equipment, including the wellhead housing welds. A jack-up rig, with a high-pressure riser system, can provide a more environmentally stable solution that can reduce fatigue damage from drilling, and withstand combined well control, 50-year storm and tension failure events.

Other environmental considerations
In terms of impact on the environment, there is little difference between the two rig options. Although it is possible that a semi-sub’s slip joint can wear relatively quickly due to the motion of sea conditions mentioned previously. When worn or damaged there is a potential for environmental spills via these joints.

With a jack-up utilizing a subsea riser system, all of the component parts use metal for premium gas-tight seals, so there is less risk of such an event occurring. This is especially important as newer developments push into ever more environmentally sensitive areas.

Despite some clear-cut capabilities and distinct advantages, it is not unusual to find some projects using both a jack-up and a semi-sub, when one or the other would do for the entire scope. For example, an operator might add one subsea well and tie it back via a semi-sub, but then rent a jack-up to drill the subsea well, put in a new tree, and then they’ll move the jack-up to over the platform to complete a workover.

Does it all come down to cost?
Undoubtedly cost is a huge factor. According to WoodMac reports, in 2019, the average global blended cost of a mid-water floater is around $223,000 per day (p/d). In the next few years, operators will be looking at a sizeable investment with predictions of over $310,000 p/d by 2023.

Therefore, over a 120-day drilling campaign (ignoring the fact that in shallow water a semi-sub will also likely have significant operational down time due to the limited operating window making the cost delta even more extreme) an operator could save $10.4 million by simply using a jack-up.  Apply this methodology to the number of development wells forecast over the next five years and the industry would make savings of more than $3.2 billion (a total of 316 subsea trees are forecast to be ordered over the next five years, which are located in water depths of 150 meters or less (WoodMac, 2019)). This figure would be even higher if you were to include the number of existing wells that will need intervention or abandonment works.

So, although rental and setup costs of a jack-up rig are much less than semi-sub rigs, it’s clear that the primary advantages of using them for your project go significantly beyond just cost. With the right equipment partner, it is more viable than ever to manage the interfaces between the seabed and the surface, and ensure that the engineering expertise and management is in place to allow the operation to take place safely and efficiently.