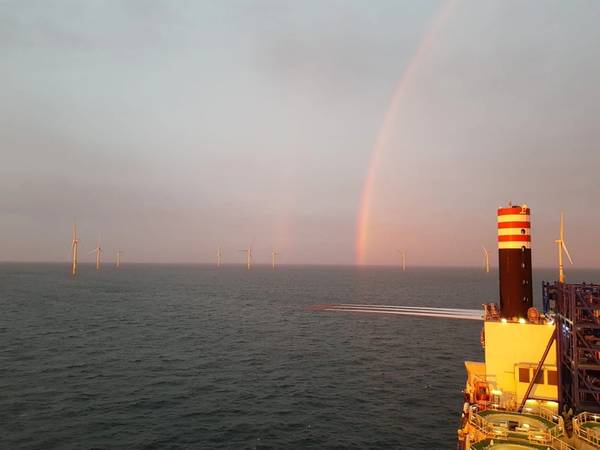 Offshore wind turbine manufacturer MHI Vestas announced  that it had completed the installation of 44 of its 8.4 megawatt (MW) wind turbines at the 370 MW Norther Offshore Wind Farm in record time.

“Not only did we finish ahead of schedule despite inclement weather, but most importantly, the project was installed safely. A truly exceptional job by everyone involved,” Flemming added.

After completion and start of commercial operations at the end of summer, Norther will supply 370 MW of green electricity to Belgium, the equivalent of powering nearly 400,000 Belgian homes. Norther is now the largest commercial wind farm off the Belgian coast.