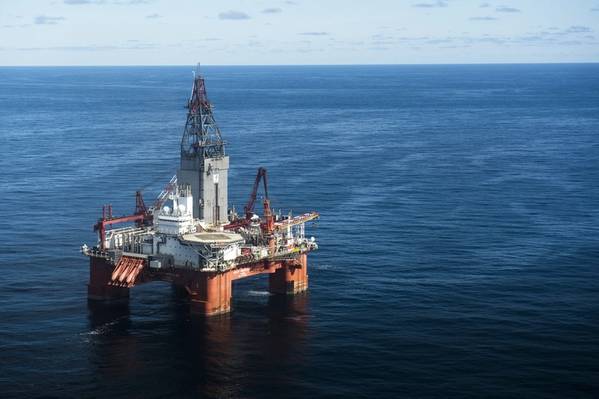 Greenpeace activists on Monday climbed aboard a Seadrill drilling rig commissioned by Equinor in protest against oil and gas drilling in the Norwegian Arctic, the group told Reuters.

Four activists climbed aboard the West Hercules rig, the organisation said. The vessel is anchored off Hammerfest, continental Europe's northernmost town and the site of an Equinor liquefied natural gas plant, Snoehvit.

"We clearly are in the middle of a climate crisis that cannot take any new oil, so we must show our resistance in any way we can," said Frode Pleym, the head of Greenpeace Norway.

The activists are from Norway, Sweden and Denmark, the group added, and carried a banner that said "Stop Drilling in the Arctic" in Norwegian.

The rig is due to drill a well in the Equinor-operated production license 859 in the eastern part of the Barents Sea, some 435 kilometers (270 miles) northeast of the coast of continental Norway.

The rig was due to begin its contract with Equinor in the coming days, and drilling operations were scheduled to start in early May, a company spokesman said, declining to give the precise start date or how that may be affected by the protest.

"The rig owners are following this up," he added, referring to the Greenpeace protest.

Seadrill said it had contacted the police.

"Our primary concern is the health and safety of all personnel on-board the rig. We will continue to monitor the situation and have notified the local authorities, including the police," it said in an email to Reuters.