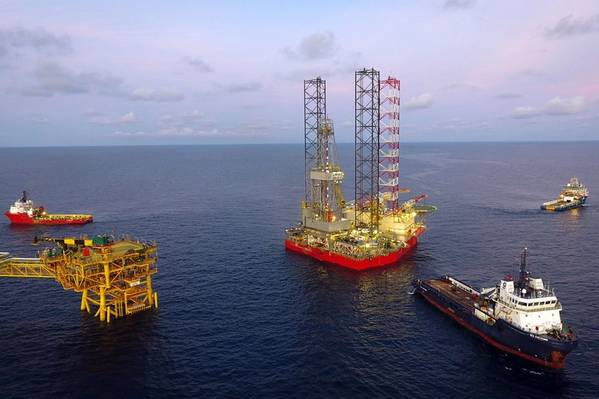 Malaysia's Velesto Drilling, a subsidiary of  Velesto Energy, has been awarded four contracts worth a total of RM432.33mln (US$104.68 million) from Petronas Carigali Sdn Bhd for the provision of jack-up drilling rig services.

Velesto Energy, formerly known as UMW Oil & Gas, said in a stock exchange announcement that the contracts are for the provision of four drilling rigs - the Naga 2, Naga 3 and Naga 5 jack-up rigs.

The first three rigs will start their contract in April or May and the last one in June or July 2019. The fourth contract will start in June/July and Velesto will assign NAGA 6.

NAGA 2 and NAGA 3 are premium independent-leg cantilever jack-up drilling rigs that have a drilling depth capability of 30,000 feet and have a rated operating water depth of 350 feet.