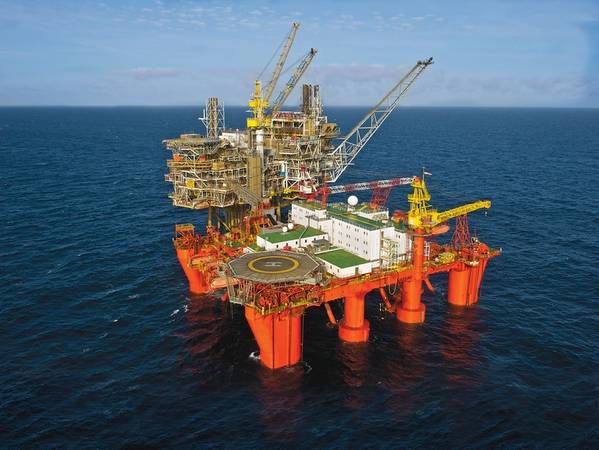 Judy in the J-Area (Photo: ConocoPhillips)

Chrysaor has reached a deal to acquire ConocoPhillips’ oil and gas exploration and production assets in the UK for $2.675 billion, the companies announced on Thursday.

Full-year 2018 production and year-end 2018 proved reserves associated with the assets being sold were approximately 72,000 barrels of oil equivalent per day (boepd) and approximately 99 million barrels of oil equivalent (boe), respectively. This acquisition increases Chrysaor’s pro forma 2018 production to 177,000 boepd, making Chrysaor one of the largest oil and gas producers in the UK North Sea.

The transaction will be backdated to January 1, 2018 and is expected to complete in the second half of 2019, subject to regulatory approval and other conditions. Private equity-backed Chrysaor said it will fund the acquisition from existing cash resources and an upsized $3 billion reserve based lending (RBL) debt facility.

“We are extremely proud of the legacy we’ve built in the U.K. over the last 50 years and are pleased that Chrysaor recognizes the value of this business,” said Ryan Lance, chairman and chief executive officer. “This disposition is part of our ongoing effort to hone our portfolio and focus our investments across future low cost of supply opportunities.”

ConocoPhillips said it will retain its London-based commercial trading business and its 40.25% interest in and operatorship of the Teesside oil terminal.

“ConocoPhillips is shifting its focus towards lower cost opportunities elsewhere in the world, particularly in the US. Among such a wider global portfolio, UK fields would have struggled to compete for capital,” said Romana Adamcikova, Wood Mackenzie senior analyst, North Sea upstream.

Chrysaor will add three material assets to its portfolio, including two new operated hubs Britannia and J-Block in the UK Central North Sea as well as an interest in the Clair Field area located in the West of Shetlands region.

“In the Central North Sea, we will own a range of operated hub infrastructure providing access points in an area with the largest undeveloped contingent and prospective oil and gas resource base in the UK. In the West of Shetlands region, we have secured long life cashflows from two world-class fields operated by BP. Chrysaor’s West of Shetlands position also provides exposure to a developing region with significant interest and momentum from major oil companies. We will seek to build on that through the acquisition of additional interests and acreage,” Kirk said.

“This significant acquisition reflects our continuing belief that the UK North Sea has material future potential for oil and gas production,” Kirk said. “These assets complement our existing operations and, with operating costs at less than $15 per barrel across the enlarged group, our portfolio delivers high margins and significant positive cash flow.”

“We see exciting growth opportunities in the North Sea and are looking forward to working with our new colleagues to safely sustain and deliver our value and growth targets.”

As at the effective date, ConocoPhillips UK assets contain over 280 million boe proved and probable (2P) oil and gas reserves with a further significant contingent resource base.

Including the assets acquired from ConocoPhillips, at January 1, 2019, Chrysaor’s pro forma 2P reserves total over 600 million boe. Pro forma production in 2019 is expected to increase to over 185,000 boepd, driven by the active drilling and development programs across the company’s existing and newly acquired assets.

“This deal will make Chrysaor the top producer in the UK in 2019 and keep it among the UK's largest producers for the next few years,” Adamcikova said. “Considering the company was a relatively small producer before it acquired a batch of assets from Shell in 2017, this is a story of incredible growth.”

According to Wood Mackenzine, Chrysaor, BP and Total will be the top three UK producers this year. Next year, Total will take top spot, followed by BP and then Chrysaor.

Adamcikova said that the deal continues a theme seen across the North Sea in recent years with regionally focused, private companies acquiring assets from larger, international players. Chrysaor has already shown it is willing to take older assets and invest to increase production with its efforts at the Greater Armada Area, which was due to be decommissioned before Chrysaor acquired it from Shell in 2018.

“It could take a similar approach here, particularly with it now becoming operator at the Britannia and J-Area hubs in the Central North Sea, which have potential for further growth,” she said.

Looking at the West of Shetland area, where Chrysaor already has an interest in the Schiehallion field, Adamcikova said, “There is huge growth potential in the region and it wouldn't be a surprise to see Chrysaor make further moves in the near future, to bolster its mid- to long- term production outlook.”

Chrysaor will also assume responsibility for an ongoing decommissioning program on ConocoPhillips UK’s end-of-life assets in the UK Southern North Sea. Chrysaor said it plans to have materially completed execution of this program by 2022, and values decommissioning competency as a long-term commercial opportunity and enabler in the UK.

Linda Z. Cook, Chairman of Chrysaor, said, “We are excited to play a role in the natural evolution of the North Sea and to enable the safe transfer of assets from major oil companies such as ConocoPhillips to new, well-funded, privately-owned operators. This process results in a good deal for both the seller and the buyer, with new asset owners such as Chrysaor bringing the strategy and capital required for reinvestment and growth. The outcome is a reinvigorated oil and gas sector, an extension of the producing life of existing fields and the maximization of hydrocarbon resource recovery.”

Deirdre Michie, Chief Executive Oil & Gas UK (OGUK), said, “The landscape of the UK industry continues to evolve. This diversity of players in the basin is helpful to securing a sustainable industry that delivers a  domestic supply of oil and gas for decades to come.

“These changes reinforce that the North Sea continues to be an attractive investment opportunity with an exciting and long-term future. Our challenge, as we look ahead to Vision 2035, is to maintain our focus on sustaining and deepening our competitiveness across the basin.”