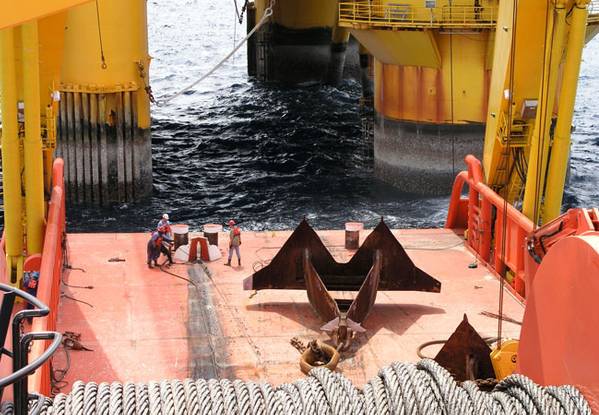 The offshore support vessel (OSV) fleet in Brazilian waters closed January with 367 vessels, of which 328 were Brazilian flagged and 39 were foreign flagged. The quantity remained nearly stable in relation to December 2018, when 363 vessels (324 Brazilian flag and 39 foreign flag) were in operation or available pending hiring. In all, about 31 vessels, originally of foreign flag, had their flags changed to a Brazilian flag. Compared with January 2015, 138 foreign flagged vessels were demobilized and 74 were added to the Brazilian flag. The data are contained in the January report released by the Brazilian Association of Maritime Support Companies (Abeam). The entity clarifies that, of the total, not all units are operating, because at least 70 support vessels are moored, waiting for a contract.

At the end of January, the shipping company with more vessels in operation or awaiting hiring was Bram Offshore/Alfanave, with 53 vessels (51 Brazilian and two foreign), followed by CBO (33 vessels) and Starnav (32), both comprising only Brazilian flag vessels. These top three are followed by Wilson Sons Ultratug with 23 Brazilian flagged vessels, while 22 vessels were part of the DOF/Norskan fleet, 17 of which were Brazilian and five were foreign.

In a meeting with shipping executives and media, Infrastructure Minister Tarcisio Gomes de Freitas projected that the OSV segment will "surf the wave" of the oil and gas sector, as the market heats up due to increased offshore oil block auctions. He recalled that there have been seven auctions in the last two and a half years, after changes in the rules, which involved Petrobras' participation in the blocks of the production sharing regime, the maintenance of the Repetro scheme and the decrease in local content demands.

The Minister highlighted that the schedule of new tenders was of vital importance in attracting investments in the oil and gas sector. "There is a calendar in the production sharing auctions that will be preserved. We will continue to carry out at least two production sharing auctions yearly until 2021 and we are negotiating the onerous assignment, which is doing well. I am sure this will bring great momentum to the OSV market," he said.

During the meeting, which took place at the headquarters of the National Syndicate of Maritime Navigation Companies (Syndarma) in Rio de Janeiro, the minister heard some concerns from agents of the sector regarding the financing of vessels. Freitas believes that it is possible to reflect on the financial reorganization, considering the conjunctural issue that has hit the oil and gas sector in recent years. "Those solutions put here, regarding the financing of this industry, are very reasonable and are very adherent to the scenario we have in the short term," he said.

On the issue of the guarantees required in obtaining credit, the minister was adamant that the claims of the sector will be analyzed technically. "We will study all the requests that are being made and we will give better technical advice regarding these issues," he said. Freitas assured the market that the Merchant Marine Fund (FMM) will continue to be a support vector for the offshore and maritime industries and will not change its purpose.

"There is no change in design, what will happen is the need to adjust contracts that are already in progress regarding the grace period and amortization to adapt to the current situation and adjust these payments of obligations to the prospect of increased activity the sector, which is guaranteed by the recent successful O&G auctions," he said. The OSV fleet in Brazilian waters ended February with 366 vessels, of which 326 were Brazilian flagged and 40 were foreign flagged. With one vessel leaving Brazil, one vessel less with a Brazilian flag and one more vessel foreign flagged.

OSV market insiders consulted by OE Digital unanimously agreed that prospects for new long-term support vessel contracts are looking very positive, with the bonus that Petrobras may not be the only operator offering this type of contract due to the significant influx of foreign operators acquiring extensive acreage offshore Brazil.