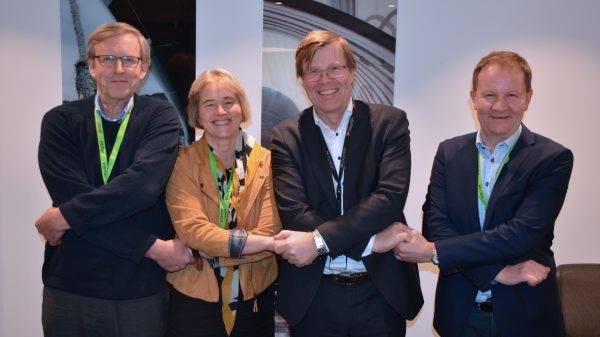 Aker BP ASA announced it has awarded frame agreements with three suppliers for the provision of platform supply vessels (PSV), in a move that aims to reorganize the value chain.

The three suppliers Simon Møkster Shipping AS, Eidesvik Offshore ASA and Solstad Offshore ASA signed the agreements in Stavanger on Thursday. The duration of the frame agreements is initially for three years, with the option of two additional periods of two years each.

Per Harald Kongelf, SVP Improvement at Aker BP, said the frame agreements mark a first step toward a strategic partnership with selected suppliers, with the potential to evolve into a future alliance concept.

“Aker BP aims to reorganize the value chain to drive significant improvements and increase efficiency in how we operate our assets on the Norwegian Continental Shelf,” he explained.

Aker BP said it will work with its selected partners to develop commercial compensation models based upon performance-driven key performance indicators. The goal is to secure Aker BP’s need for safe and reliable transportation of cargo to the offshore facilities, it said.

Kongelf said PSVs will be an essential part of a more integrated concept that will involve the entire chain of offshore logistics.