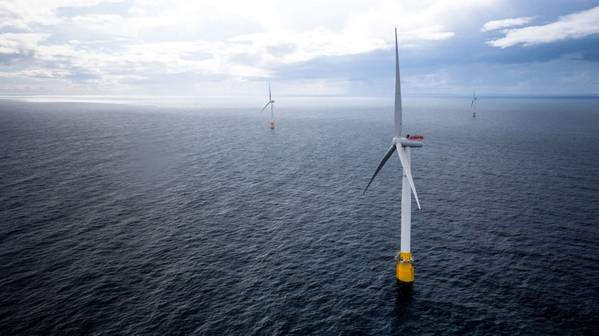 South Korea aims to reduce its dependence on nuclear and coal power, targeting an increase in the share of renewable energy to 20 percent by 2030, compared with 7.6 percent in 2017, the country said last year.

Equinor says this translates to a target of 49 gigawatts (GW) of new generation capacity.

"We are pleased to sign a memorandum of understanding with KNOC to strengthen our collaboration."

Equinor has built and is operating the world's first commercial floating offshore wind farm - Hywind - off Scotland, where its five turbines have total capacity of 30 MW.

Floating turbines are considered the next step in conquering wind resources in deep coastal waters where fixed turbines cannot be built, such as Japanese waters or off the coast of California.

Equinor on Thursday said it has submitted a bid to build an offshore wind park off New York using fixed-base turbines.