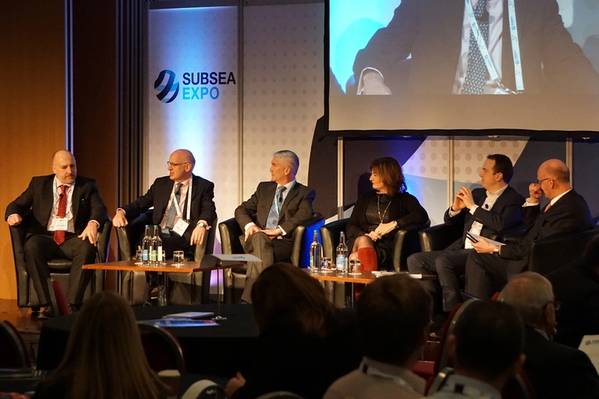 Following “big consolidation activity” within the subsea industry in 2016 and 2017, slowed merger and acquisition action in 2018 has created challenges for the sector, according to Mike Beveridge, managing director at energy investment banking firm Simmons Energy.

“We haven’t seen the consolidation in the second tier that we think should have been happening, which is really frustrating,” Beveridge said during a panel discussion at Subsea Expo this week in Aberdeen.

“The subsea business is on the road to recovery, but I don’t think any of the pointers we see suggest we’re going to get back to the level that we all enjoyed in ’13 and ’14,” he said.

“If you think about Wall Street, which dominates corporate behavior in the oil services industry, subsea’s been out of favor large subsea corporates for the last few years,” Beveridge explained. “Subsea has been down the pecking order for a lot of the big corporates that have led these deals.”

After many of the “big groups” underwent a period of integration – including Technip and FMC, Sclumberger and Cameron, GE and Baker Hughes – Beveridge said he believes there should have been more consolidation among many of the tier one and tier two players that emerged in last upturn, some of which have already fallen victim to the recent downturn.

“Some of those companies should have come together and looked for strength, and regional business should try to become more global by combining with each other,” he said.

“Going into a downturn, you’ve got to plan to come out that downturn looking different from the way you went into it.” Beveridge said. “I think the industry hasn’t really addressed that.”

Different doesn’t have to only mean smaller, he went on to explain; it also means different business models and approaches.

Beveridge noted that while there has been some change – such as has occurred among big contractors such as TechnipFMC – “looking at the industry more broadly, that change hasn’t taken place.”

“I think that is a big challenge,” he said. “I think people need to think about approaching business differently.”

“We have to be different to attack the new challenges ahead of us.”