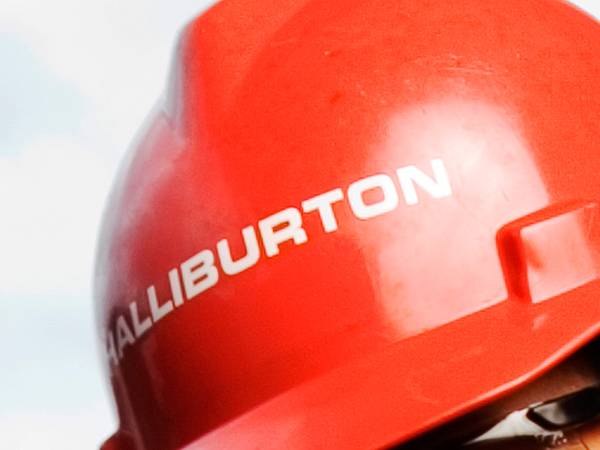 Clients in North America, Halliburton's biggest market by revenue, began pulling back on some drilling services last year amid transportation bottlenecks in the largest U.S. production region and after oil prices slid sharply in the fourth quarter.

An oil glut and concerns about a global economic slowdown have pushed U.S. crude down about 30 percent since their October high to around $53 a barrel.

Houston-based Halliburton said revenue from North America fell about 2 percent to $3.3 billion from a year earlier and dropped 11 percent from the third quarter.

International revenue rose to $2.6 billion from $2.5 billion from a year earlier. It rose 7 percent from the third quarter.

"In North America, the demand for completions services decreased during the fourth quarter, leading to lower pricing for hydraulic fracturing services," Chief Executive Officer Jeff Miller said in a statement.

The number of active hydraulic fracturing fleets in the Permian basin fell to 140 in January, versus 192 in June of 2018, a 27 percent decline, according to data from consultancy Primary Vision.

Miller said the company would "dramatically respond" to the changing market and reduce capital spending. Shares of rival Schlumberger rose sharply last week after it said it would spend less in 2019.

Halliburton's international business "continues to show signs of a steady recovery," Miller added. The company saw an increase in demand for services in Argentina, which help offset some lower activity in North America.

Shares of Halliburton were down 1.5 percent at $31.76 before the opening bell on Wall Street on Tuesday.

(Reporting by John Benny in Bengaluru; Editing by Anil D'Silva and Nick Zieminski)