BP Canada is scaling back its oil and gas exploration plans off Nova Scotia, as the Canada-Nova Scotia Offshore Petroleum Board (NSOPB) said the company is giving back 50% of the area included in its license.

According to NSOPB, half of the area included in in Exploration License 2434R is a consolidation of four offshore parcels roughly 300 kilometers southeast of Halifax.

The move comes after BP failed to drill four wells within the first phase of its exploration license, which is required for approval of the second phase.

The petroleum board said BP also agreed to pay a $1 million drilling deposit to extend the first phase of its exploratory license, which was scheduled to end January 14, by one year.

The Nova Scotia government has estimated a potential resource of 121T cf of gas and 8B barrels of oil off its shores.

If BP decides to drill another well during its extended first phase exploration period, the board said the company must apply for authorization.

"To date, BP has only drilled one well which means they had to select one of the following options as outlined in the terms and conditions of the consolidated EL agreement," NSOPB said. 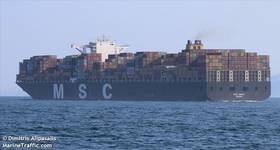