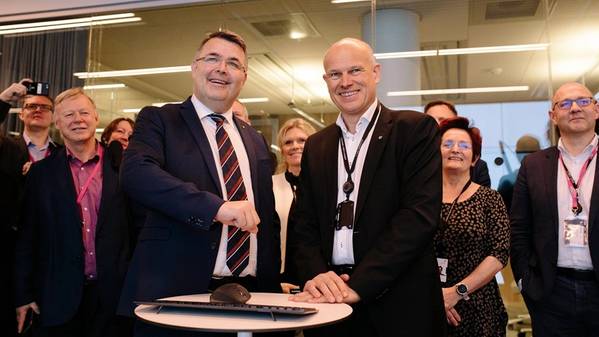 The two new centers at Sandsli in Bergen, opened Monday by petroleum and energy minister Kjell-Børge, are designed to help create higher value, improve safety and reduce emissions from Equinor’s installations on the NCS and have so far led to good results from the first onshore-supported fields, the Norwegian oil major said.

The company said onshore operations support, along with other measures, will help it to increase value creation from NCS fields by more than $2 billion from 2020 to 2025 (Equinor share before tax).

Equinor said it will begin monitoring energy consumption to reduce CO2 emissions from NCS operations improved by support of the digital centers. By 2021, all Equinor fields on the NCS will be supported by manned onshore centers in Bergen, Stavanger and Stjørdal.

“So far, we see higher production and earnings from the Grane, Gina Krog and Åsgard fields, which have been supported by the integrated operations support center (IOC) since September. After that the Aasta Hansteen and Norne fields have also been connected to the center. This marks that we have just started phasing in our 40 installations to the IOC, revealing a great potential,” said Arne Sigve Nylund, executive vice president for Development and Production Norway.

“The good results are achieved by production optimization, improved condition monitoring and operations support for safe offshore operation. IOC will also be relevant for our onshore installations and international activities,” Nylund said.

“We have set ambitious goals for changing and transforming the NCS to maintain high value creation and low emissions for the next decades,” Nylund said. “We have improved our operating efficiency, increased production, reduced our CO2 emissions and developed a highly profitable project portfolio. Digitization, innovation and use of new technology will allow us to recover resources that are not profitable now.”

Equinor said the IOC will also improve collaboration with suppliers and partners and increase the transfer of knowledge across the organization.

“The IOC gives us new digital tools ensuring faster and better decisions through close interaction between offshore operations and onshore support center. Our main goal is to operate our installations safely and optimally every single day while identifying challenges and preventing shut-downs before they occur,” said Kjetil Hove, head of operations technology on the NCS.

The other center to be formally opened today, the Geo Operations Center (GOC), will ensure more efficient and better geoscience control of drilling operations as well as higher cost saving and personnel safety. Monitoring and control of offshore well path drilling will be moved from offshore installations and the various onshore units to a joint geoscience operations center. The GOC is expected to save NOK 270 million per year.

“This is a completely new way of working and represents one of the biggest changes we have made in petroleum technology and geology during the last 20 years,” Hove said.

“The GOC will utilize new technology and help form a digital future, where tasks are carried out and experience gained and shared in smart ways.”