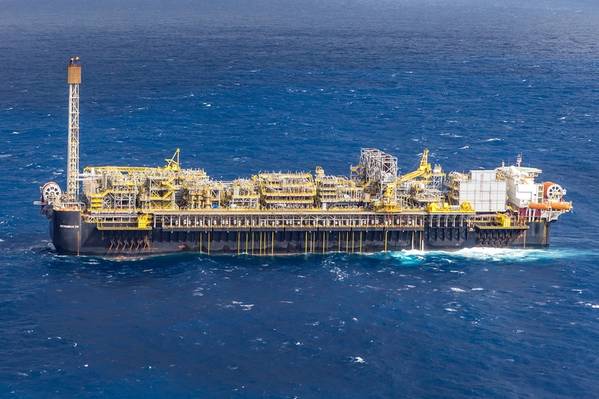 Brazil’s oil and gas sector related businesses traded about R$22 billion (about US$5.6 billion) in the last two years. This figure from the National Agency for Petroleum, Natural Gas and Biofuels (ANP) was presented during a ceremony on the balance of advances in the sector, held in the Planalto Palace, in Brasília, the Brazilian capital on December 17. During the event, departing President Michel Temer signed the authorization for the sixth round of the pre-salt production sharing scheme. This round includes two new blocks, and in 2019 it is expected that five more blocks will be on offer. During his speech, President Temer highlighted the recoveries of state-owned companies during his administration and cited Petrobras as an example. He also emphasized that the oil and gas sector is strategic for the country and has gained a new impetus during his government tenure, underlining that the signing of the contracts is the result of a multilateralism policy.

The ANP will also carry out the studies for the seventh and eighth rounds of pre-salt production sharing that will be held by 2021. The 16th round of post-salt blocks is scheduled for October 2019. The Director General of the ANP, Décio Oddone, said that Brazil enters what he called the second investment cycle and highlighted the projections for 2030, when it is expected that the country should produce a massive 7.5 million boe per day. The revenues for the same period are estimated to reach a whopping R$400 billion (about US$101 billion). Of course, to bring these ambitious forecasts to fruition will be highly dependent on the new government maintaining an open market policy towards the oil and gas sector, which appears highly likely, if not a certainty. A protectionist policy would be simply catastrophic to these ambitions.

"It is a real pleasure to be here in this ceremony that, in some way, symbolizes the conclusion of the first cycle of the revival of the oil and gas industry in Brazil. During this period of 2017 and 2018, we signed 72 exploration and production contracts, both in the concession and in production sharing modes. Today, we will sign seven more contracts for the fourth and fifth production sharing rounds.

"We already received R$28 billion (about US$7.13 billion) in signing bonus. These are very relevant figures. But they look pale when we make a projection of what this will mean in terms of investment, production, hiring and job creation for the national industry, which is more important than revenues for the state," Oddone said. 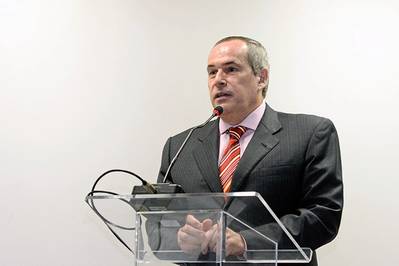 According to Oddone, during 2016, 2017 and 2018, there were 3,000 oil and gas blocks being contracted globally, in 100 auctions in 82 countries. According to Wood Mackenzie, the 72 blocks tendered in Brazil that were contracted accounted for US$7 billion of the total of US$9 billion in signature bonuses. That means 75 percent of all paid subscription bonuses in the world, from 2016 to 2018, were paid in Brazil. It is undoubtedly a most extraordinary result, and highlights the importance of having an open market which led to continued interest by IOCs in investing in the Brazil’s oil and gas market in general, and especially in deepwater pre-salt plays. It is highly relevant that before the end of 2018 the National Energy Policy Council (CNPE) approved the holding of the sixth round of production sharing and of the 16th round of concessions and authorized the ANP to do the studies for the seventh and eighth production sharing rounds pegged for 2020 and 2021.

During Brazil’s second oil crisis in the late 1970s, the country produced 172,000 barrels a day. In 1985 Petrobras produced 500,000 barrels a day, and that was a milestone. The National Operator hit 1 million barrels in the late 1990s. Today, Petrobras produces around 2.6 million barrels. The ANP had projections of 5.5 million barrels by 2027. Now, with these new auctions that have been approved, the ANP has reviewed those numbers and their new projection reaches 7.5 million boe per day by 2030. This is quite extraordinary, as only, possibly, Russia, the U.S. and Saudi Arabia will be at this production level in 10 to 12 years.