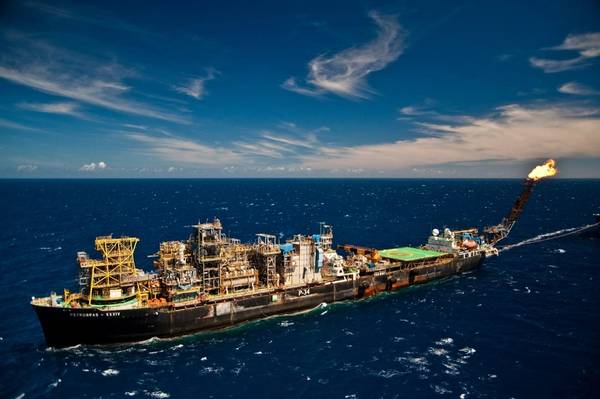 Brazilian state-run oil company Petroleo Brasileiro SA plans to raise some $26.9 billion via asset sales and partnerships by 2023 while boosting investments on the front edge of an anticipated production boom in Brazil.

The firm also moderately cut its oil production forecast, but still forecast production to increase by 10 percent next year, and then 5 percent every year through 2023.

Petrobras is trying to stay the course on efforts to reduce one of the heftiest debt loads among oil companies worldwide - $88 billion in gross debt - through divestments and an investment focus on Brazil's coveted offshore pre-salt area.

"The strategic plan came within the expectations of the market, a reasonable increase in oil prices, with important refining divestments and an ambitious leverage target," said Adriano Pires, a consultant at Brazil's Center for Infrastructure.

In a call with investors, Petrobras Chief Financial Officer Rafael Grisolia said the company expects to attract partners for its refineries in the short term.

While the plan appeared to contain no major surprises, it was released just as prosecutors in Brazil alleged that trading giants Vitol, Trafigura, and Glencore paid over $30 million in bribes to Petrobras employees.

The allegations are another black eye for Petrobras, which has been at the center of Brazil's sprawling "Car Wash" corruption investigations, and the firm is eager to clean up its image.

Whether or not the company sticks to the plan, Pires added, will depend on the incoming government of right-wing President-elect Jair Bolsonaro.

"The challenge of the next government is to maintain this plan," he said.

While Castello Branco has said he favors selling noncore assets, some of the generals close to Bolsonaro, who see the oil company as a "strategic asset," may put the brakes on any radical restructuring bid.

Petrobras will maintain its focus on deepwater exploration and production, particularly in Brazil's coveted pre-salt blocks, an offshore area where billions of barrels are locked beneath a thick layer of salt under the ocean.

Even so, the company reduced its oil production target to 6 percent in annualized growth from 8 percent in its last plan.

"Frankly, I've lost count of how many times the production targets have been slashed over the past five-plus years," said Pavel Molchanov, an energy analyst at Raymond James.

The oil company also disclosed its return on invested capital should be above 11 percent in 2020, as it sells assets and cuts debt.

Its ratio of net debt to earnings before interest, taxes, depreciation, and amortization should fall to 1.5 times by the end of that year, it added, from a goal of 2.5 by the end of 2018.