The risks associated with placing complex open hole completions across the reservoir are increasing. Deep Casing Tools’ Mark Presslie explains why and describes how a new tool assists the first-time placement of liners or completions.

Over the past two decades, the evolution of horizontal drilling and completions techniques has overcome many of the oil and gas industry’s reservoir production challenges.

Completion technologies, in line with the ability to drill longer horizontal wells, have also evolved, introducing varying levels of complexity. Initially, completions for longer horizontal applications were predominantly stand-alone slotted or screen completions. The level of sophistication of completions, however, has continuously increased to meet both the drainage strategy of the operator and the expected life-of-well reliability. Running completions now presents a new challenge because of increased focus on cased-hole functionality, sand control, production monitoring systems, and inflow performance management tools.

Increased complexity has led to components of greater diameter, most evident with swellable elastomer packers, and more delicate components not meant to take undue torque and stress.

Only by placing such completions exactly on depth is the true value of the completion realised. The challenge facing the industry is to place a very long, large diameter, complex completion system in exactly the right place, without damaging the system or the formation.

Historically, to meet the challenge of providing better borehole quality and stability, mud systems were developed to provide borehole support. Significant work has been undertaken to understand the geomechanical issues around borehole support, subsequently allowing higher mud weights to be used to support sand-shale sequences. Combining best practices to circulate and condition the hole prior to the placement of the completion, has been successful. Moving forward, however, the challenges become more acute.

Higher mud weight to support the borehole has limits. As both the mud weight and ECD are increased, so does the risk of inducing losses. To counter this, the circulation rate to clean the open hole can be decreased, but again with the counter effect of occasionally leaving cuttings behind. Additionally as the fracture gradient is approached the effects of swab and surge are magnified, not just when tripping the drilling assembly but also when running the completion. Even with an open-ended assembly, the localized effect of stick-slip in horizontal wells can destabilise the borehole.

At the other end of the scale, depleted reservoirs or reservoirs with lower pore pressure limit the impact of advances in mud technology. This is important, for example, when attempting to drain the numerous sand shale sequences within the flanks of a mature reservoir.

Under-reaming has also been used to overcome placement issues. One case in point is the placement of a larger OD completion into the wellbore, the rationale being the larger the borehole, the greater the ability to place the completion. This technique, however, has the knock-on effect of decreasing the velocity in the open hole, and increasing the chance of depositing cuttings. This has a negative effect on the performance of completion equipment, such as zonal isolation packers and expandable completions.

As the completions do not lend themselves to rotation, engineers may be limited to circulating a path through cuttings beds, again potentially with much lower circulating rates due to ECD restrictions. To combat these issues, Deep Casing Tools has developed an enabling tool designed to aid the placement of completions and liners into horizontal wellbores.

The Turborunner tool is a fluid-powered reamer system with the ability to wash and ream a given borehole section, re-establish the borehole condition, and allow the safe passage of the completion without rotation.

The tool is designed to enable completion engineers to successfully achieve open hole completion placement operations and combines optimized washing with a rotational reaming capability without the need to rotate the completion string. The Turborunner’s low operating pressure allows for integration with most completion systems and assists in the first time placement of liners or completions. The tool design considers specific issues such as operating pressure, reactive torque, and vibration. Low start up, circulating and stall pressures ensure the tool is compatible with pressure activated completion components.

The rationale behind this tool is not to drill but to ream the completion without rotation to TD. The high-speed reamer shoe action is designed to redistribute cuttings beds, remove ledges or dilated shales, reducing cuttings management issues as far as possible. This provides a welcome level of risk management, but should not draw attention away from good borehole stability and clean-up practices. However, it does offer significant operational advantages around completion placement strategies.

Success in placing the more sophisticated and expensive completions has the most significant impact on the productivity and value of a well project. Placement off depth may lead to an ineffective drainage strategy, loss of accessible recoverable reserves as well as the significant down time and expense of replacing damaged components.

Deep Casing Tools ran its new Turborunner system in the central North Sea for PetroCanada (OE August). Having experienced placement challenges in previous wells, PetroCanada selected the Turborunner for a horizontal application in the Saxon development well, 21/23b-S2, in 380ft of water and achieved successful placement of a 3000ft pre-drilled liner from a semisubmersible. OE

About the Author
Mark Presslie is sales manager for Aberdeen-based Deep Casing Tools, which specialises in the design and manufacture of next-generation casing and completion tools for the oil, gas and geothermal industries. 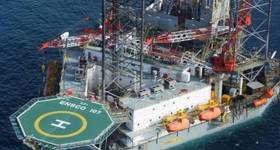