The six-month US moratorium on deepwater drilling following the Deepwater Horizon tragedy, along with tougher regulations and higher liability costs likely to follow, could put the squeeze on independent operators in the Gulf of Mexico. Russell McCulley talks to one company that's pushing back.

In late July, a little more than three months after the blowout at BP's Mississippi Canyon block 252 well, T Paul Bulmahn, chairman and CEO of ATP Oil & Gas, took to the stage at an industry luncheon in downtown Houston. ‘My talk today,' Bulmahn told the crowded ballroom, ‘is materially different from the talk that I was preparing to give in February, when I was invited to speak. We in the offshore industry have greater challenges in front of us today than we ever thought we would be addressing in February.'

Two weeks earlier, BP had managed to stop the flow of oil into the Gulf with the installation of a capping stack. But fallout from the spill continued. ‘We are now faced with challenges of a great magnitude, as we work to keep our businesses alive in the grip of a six-month, heavyhanded shutdown of our vital drilling efforts,' Bulmahn said. ‘We believe the six-month, job-killing moratorium, which punishes companies like ATP – which have always drilled safely and environmentally soundly – is a policy which could have received considerably greater forethought, and should be reconsidered and immediately withdrawn.'

There were indications by mid-August that the Obama administration was indeed reconsidering the drilling ban: Bureau of Ocean Energy Management, Regulation & Enforcement director Michael Bromwich had said publicly that the moratorium could be lifted before its 30 November expiration (the original ban was struck down in a US district court, but reinstated with a decision memorandum from Interior secretary Ken Salazar). The longer-term regulatory outlook, however, remained unclear, as lawmakers weighed various proposals to tighten safety rules and increase bond requirements on deepwater drillers.

Bulmahn, speaking several days after the speech from ATP's Houston offices, said that uncertainty threatened the business plans of independents. The decision memorandum ‘is another factor bringing a level of uncertainty to operations,' he said. ‘And when you're dealing with a need for such magnitude of capital for projects, uncertainty is a killer.'

The ban forced ATP to suspend drilling operations at its Mississippi Canyon block 305 development and set back plans for two wells at the Telemark hub from 2H 2010 to 1H 2011. Of the Telemark wells, Bulmahn said, ‘there certainly weren't safety issues in any of these projects to the same degree' of BP's Macondo well.

Bulmahn said the administration failed to make a distinction between development wells and ‘rank, wildcat exploration wells' like the blowout Macondo well in Mississippi Canyon block 252.

ATP's strategy, like that of some other independents, is to acquire fields that have already seen some drilling but have been abandoned by operators for various reasons: bigger fields to develop, shifting priorities or dwindling project budgets. They leave behind an extensive amount of data on the reservoir, Bulmahn said.

‘With that great body of data, we know the animal that we are addressing, and we can be much better prepared from a safety standpoint to avoid the occasional surprises, if there are any, that you can meet when drilling.'

Moreover, he said, Telemark, which went onstream in March, is equipped with a subsea isolation device with two blind shear rams on the seafloor and a blowout preventer stack mounted on the Titan platform – a configuration that, he said, exceeded safety standards. ‘It was beyond what was required at the time. We were willing to spend the extra money that it took to develop this process because we believe in doing things right.

‘Another thing the administration never reckoned with,' Bulmahn continued, ‘is that, because of the magnitude of capital it takes for these operations, a company like ours that's bringing on these developmental wells – these low-risk wells where we know production is going to come on – the timing is very important for us to be able to meet the obligations on our debt,' he said. ‘Arresting projects like that is a crippling blow to companies, when they're prevented from bringing this type of well on in its normal course.'

A 21 July report from IHS warned of ‘unintended and costly consequences' of legislation and regulations that might prohibit smaller operators from doing business in the Gulf of Mexico. Independents, the report maintains, play an integral role in the Gulf by developing fields the majors might deem non-economic and by expanding technology. If tighter regulations and higher bonding requirements force independents out of the deepwater gulf, the report concluded, the region could lose over a quarter-million jobs over the next decade and cost more than $106 billion in federal, state and local revenue. ‘Overall, the exclusion of the independents would significantly shrink offshore oil and gas activity, reduce the dynamism of the industry, and dilute US technological and industry leadership,' according to the report The economic impact of the Gulf of Mexico offshore oil and natural gas industry and the role of the independents. ‘The reason for all these effects is that independents represent a much larger share of total activity than is generally recognized.'

According to IHS, independents have drilled 1298 wells in the deepwater Gulf of Mexico, are the largest shareholder in 52% of all deepwater gulf leases and hold majority stakes in 46% of producing leases.

That role could be at risk if the federally mandated bonds required for drilling, or certificates of financial responsibility, are raised to prohibitive heights. The current $125 million-per-well bond will almost certainly be increased – probably not to the $1.5 billion some lawmakers have proposed, but considerably higher than what is required now.

‘For an entity our size, we are unable to be self insured, as some of the majors can,' Bulmahn said. ‘We would almost have to park that amount of money in a restricted bank account to be able to get a bond to cover a certificate.'

ATP this summer banded with a group of smaller oil and gas companies, including Cobalt and W&T Offshore – along with at least one major, ConocoPhillips – and hired a Washington, DC lobbying firm to represent the companies' interests during negotiations on Capitol Hill.

Bulmahn said the goal is to ‘bring some common sense' to the legislative process and avert some of the more punishing provisions that might be crafted in post-Macondo legislation.

Legislators, he said, ‘are thinking in terms of the unimaginable, unfathomable spill, which would be from one of these major rank wildcat wells. They're not thinking in terms of developing our natural resources effectively, and that's usually done by an array of companies.

‘I've never been a fan of lobbyists before, and we've always been a small enough company that I never felt the need to send somebody to Washington, DC, to educate these folks,' he said. ‘What we do has never seemed to rise to that level of significance.'

As a result, perhaps, lawmakers are unaware of the role independents play in domestic offshore oil & gas production.

‘We clearly have a responsibility [to educate lawmakers]. And we've thus far not addressed that. We haven't felt a need to address it. But we now realize that there's a real gap of knowledge in Washington,' he said.

‘There are a lot of things that we are doing as independents that are significant,' Bulmahn said. ‘We're just trying to bring more education to the equation.' OE 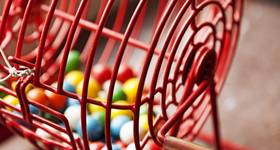