Statoil has acquired 25% interest in Espirito Santo license BM-ES-22A off Brazil, the company announced on 27 December 2012.

Brazilian mining firm Vale SA announced that Statoil agreed to pay US$40 million in cash for its 25% participating share of the license, which includes ES-M-468 and ES-M-527. The sale, which is subject to approval, will relieve Vale from $80 million in previous committed expenditures. Petrobras remains the license operator with 75% equity interest.

"The exploration results over the last years in the Espirito Santo Basin give encouragement for further exploration in this area," said Nick Maden, Statoil's senior vice president of international exploration. "The planned activity within BM-ES-22A will further test this play, but still with some exploration risk."

The BM-ES-22A license neighbors the Indra discovery in license BM-ES-32, of which Statoil holds 40% interest. Petrobras, which operates Indra with 60% interest, found a 70m-thick column of light oil in a good quality sandstone reservoir in December 2010.

Statoil will now participate in current plans to drill an appraisal well on Indra in BM-ES-22A as well as plans for an exploration well in 2013.

Statoil currently operates the Peregrino field in Brazil (pictured above). 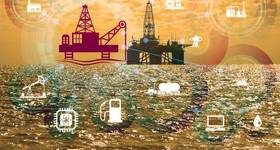 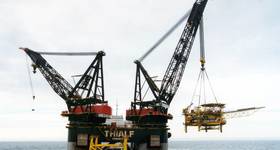