As Australia grapples with chronic oil production decline in the face of rising imports, the buoyant gas sector offers the prospect of rising revenue from LNG export. John Mueller reports.

Eyebrow Natural gas lifts Australian reserves As Australia grapples with chronic oil production decline in the face of rising imports, the buoyant gas sector offers the prospect of rising revenue from LNG export. John Mueller reports. A study commissioned by the Australian Petroleum Production & Exploration Association (APPEA) prognosticates that Australia is on track to become the second largest exporter of LNG in the world, after Qatar. Currently ranked fourth worldwide for LNG exports, also trailing Indonesia and Malaysia, it is a promising counter balance to Australia’s crude oil production, which has been steadily declining over the past decade, now under half of an approximate one million barrels per day domestic requirement.

Australia has widespread petroleum assets both on- and offshore, possessing close to 4 billion barrels of proven oil reserves, typically low in sulfur and wax and therefore of higher value than heavier crudes. The reserves are largely located off the coasts of Western Australia, Victoria and Northern Territory. Western Australia has around two-thirds of Australia’s proven crude oil reserves, as well as three-quarters of condensate, and around half of its LPG.

The two major producing basins are the Carnarvon Basin off the northwest coast, accounting for about 70% of total liquids production, mostly exported, and the offshore Gippsland Basin in the southeast, who’s output primarily is used in domestic refining.

Principal frontier oil exploration has moved in recent years to the deepwater area of the Timor Sea, although the nearby Carnarvon Basin remains busiest in terms of overall drilling activity.

However, crude oil and natural gas liquids (NGL) production has been in steady decline, dropping from a peak of 828,000b/d in 2000 to 484,000b/d in 2011 with oil imports rising as the population of around 22 million drives consumption upward.

According to APPEA, hydrocarbon liquids production will continue to decline unless major new fields are discovered.

Proven reserves have steadily risen, from 32tcf in 1991 to over 130tcf in 2011, with technically recoverable shale gas reserves by one estimate placed at 400tcf in yet to be exploited basins.

Conventional gas is largely produced from the Carnarvon Basin, the Cooper/Eromanga Basin in central Australia, and Gippsland Basin. These three basins account for over 90% of conventional natural gas production.

Queensland and to a lesser extent New South Wales are the main sources for coal bed methane, which accounted for 13% of gas production in 2010. About half of the natural gas is converted to LNG for export.

Long term contracts are in place to supply LNG to Japan, China, South Korea and Taiwan, with spot market sales to numerous other countries. During 2011, 73% of LNG exports went to Japan.

The abundance of natural gas in Australia coupled with the energy needs of regional economies, in particular those of East Asia and most notably that of China, has underpinned the growing LNG industry and spurred a profusion of LNG project plans and proposals.

Three LNG processing plants are in operation, two onshore Western Australia, one each for the offshore North West Shelf LNG (at Karratha) and Pluto LNG projects, both in the Carnarvon Basin, and a third LNG plant in Darwin, Northern Territory, that receives gas via a 500km pipeline from the Bayu Undan field in the Timor Sea. The North West Shelf project has five trains with a total capacity of 16.3mmt/yr, Pluto 4.3mmt/yr, and Darwin 3.6mmt/yr, both from one train.

The North West Shelf project is a $27 billion investment in Australia’s largest oil & gas resource, which accounts for about 40% of oil and gas production and has exported more than 3000 LNG cargoes since 1989. It also currently supplies around 65% of the domestic gas market in Western Australia.

The Pluto LNG project, started up in 2Q 2012 and anticipated by 90% stakeholder and operator Woodside to output 36mmboe of gas and condensate this year, is supplied by the offshore Pluto and Xena fields, located 190km northwest of Karratha, which contain an estimated 4.8tcf of gas reserves. Gas is piped by 180km trunkline to an onshore LNG facility on the Burrup Peninsula.

The Darwin LNG plant is supplied by the ConocoPhillips operated Bayu Undan gas and condensate field within the JPDA (Joint Petroleum Development Area) of Australia and Timor Leste, via 500km subsea pipeline.

There are several substantial LNG projects at various stages of development that source gas from conventional reservoirs, defined as discrete accumulations trapped by hydrodynamic processes. Offshore Western Australia is the huge Gorgon project, due to begin in 2014/15, the Wheatstone project set for operation in 2016 and the Ichthys project, online end-2016.

A fourth groundbreaking effort underway is the Prelude LNG project.

Gorgon LNG, led by Chevron with 47.3%, partnered by Shell and ExxonMobil each holding 25%, with initial completion slated for 2014, is now estimated to cost $15 billion more, reportedly raising the total to over $50 billion. Three trains will output 15.6mmt/yr of LNG, processing gas from Greater Gorgon fields transported by subsea pipeline to production and shipping facilities on Barrow Island.

The Wheatstone LNG project, a $29 billion Chevron-operated development located at Ashburton North, 12km west of Onslow, has a foundation phase consisting of two LNG trains with a combined capacity of 8.9mmt/yr and a domestic gas plant. First gas is expected at a rate of 433bcf/yr.

Around 80% of capacity will be fed from the Wheatstone and Iago fields, the balance supplied from the Apache and KUFPEC Julimar and Brunello fields.

The Ichthys LNG project, led by Inpex in partnership with Total, is developing a reserve of 13tcf of gas and 525 million barrels of condensate in the Ichthys field, Browse Basin, at a cost of $34 billion. Workscope entails an 889km gas pipeline together with an onshore two train 8.4mmt/yr LNG plant near Darwin, an offshore central processing facility and an FPSO vessel for condensates. The Ichthys project will also output 1.6mmt/yr of LPG and 100,000b/d of condensate at peak.

The Shell-operated $12 billion (greenfield) Prelude project is scheduled to be operational by around 2017 using a floating LNG vessel, producing the Prelude and Concerto gas and condensate fields in the Browse Basin.

The unprecedented 488m long barge-like facility with a 3.5mmt/yr LNG capacity is suited to smaller and remote offshore fields, and is able to unlock otherwise stranded gas resources. This approach is planned for a number of other developments that include Bonaparte, Sunrise and Cash-Maple FLNG projects.

The Bonaparte LNG project in the Bonaparte Gulf, a joint venture of GDF Suez and Santos, is to begin front-end engineering and design mid-2013 for a 2mmt/yr LNG development involving the Petrel, Tern and Frigate gas fields.

The Sunrise LNG development, which involves the Sunrise and Troubadour fields, known as Greater Sunrise, and located about 450km northwest of Darwin and 150km southeast of Timor-Leste, is in discussion phase between the two governments. Operated by Woodside in joint venture with principal partners ConocoPhillips and Shell, the fields are estimated to have a contingent resource of over 5tcf of gas and 226 million barrels of condensate.

The Cash-Maple gas field, 100% held by PTTEP and situated in the Ashmore & Cartier Islands area of the Timor Sea, is undergoing a concept study of development options, which include a possible FLNG unit. Startup of the facility is scheduled for 2016. Hoegh LNG of Norway is reported to be in final talks with PTTEP on an FLNG vessel.

The Scarborough gas field project, an offshore venture of ExxonMobil and BHP Billiton, is being considered for an FLNG platform to develop the 8tcf resource. A decision is to be made later this year. OE

There is considerable potential for further development of the extensive natural gas resources in Australia, which accounted for 18.9mmt/yr of LNG in 2011.

Australia has in the region of $185 billion worth of oil projects, including those under construction and in advanced stages of planning and approval, collectively amounting to some 35% of all business investment in the country. Should all oil and gas investments be realized, they will represent more than 64% of all committed investment in Australia, according to APPEA. 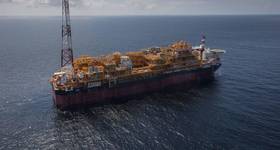 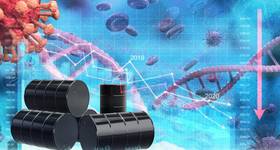