Norwegian oil and gas company DNO International is increasing its acreage offshore Tunisia and plans to drill next year.

Through its subsidiary DNO Tunisia AS, the firm has entered a farm-in agreement on the Sfax offshore exploration permit and the Ras El Besh concession.

Subject to regulatory approval, DNO Tunisia is to get an 87.5% interest (100% paying) and operatorship in the permit and the concession from Atlas Petroleum Exploration Worldwide and Eurogas International.

The Sfax offshore exploration permit and the Ras El Besh concession are located in the Gulf of Gabes and cover 3296 sq km, mostly offshore in shallow waters.

An initial work plan includes drilling two exploration/appraisal wells in 2014, one on the Salloum discovery and the other on the Jawhara discovery.

Bijan Mossavar-Rahmani, DNO international's executive chairman, says: "These are attractive assets and we are well placed to unlock their potential by leveraging our technical expertise and by developing synergies across our Tunisian portfolio."

Meanwhile, Australian listed Cooper Energy has said it is to launch a sell off of its Tunisian oil and gas interests, following completion of the Hammamet West-3 well, currently being drilled.

The firm says the move in part of its plans to focus on Australia.

Its Tunisian assets are interests in three predominantly offshore permits covering 12,600 sq km and extending 170km and in water no deeper than 100m offshore in the Gulf of Hammamet.

They are Bargou, in which Cooper has 30% and is operator, Cooper 35% and Nabeul, Cooper 85% and operator.

Cooper is currently participating in the drilling of the Hammamet West-3 well in the Bargou permit.

It has appointed Miro Advisors Pty to advise on the sales process and expects completion by the end of 2013.

DNO is an independent exploration and production company, geographically focused on the Middle East and North Africa with international operations in Yemen, the Kurdistan region of Iraq, Tunisia, Oman and the United Arab Emirates. The group is headquartered in Oslo and listed on the Oslo Stock Exchange. 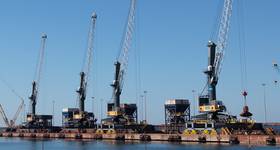