The first exploration well to be drilled on the Ntem Concession, offshore Cameroon, is to be plugged and abandoned after no commercial hydrocarbons were found.

The well was designed to target a series of stacked Cretaceous aged, basin floor submarine fans, the main target being the Bamboo fan.

The data from the Bamboo-1 well will be analyzed in detail and the results used to update the assessment of the remaining prospectivity of the block, which sits in deep water and covers about 2319sq km.

Sterling and Murphy each own 50% interest in the Ntem concession.

Alastair Beardsall, Chairman and acting CEO of Sterling Energy Plc, says: “Bamboo-1 was the first well in a large unexplored area. We have identified further Cretaceous and Tertiary prospects in the Ntem block and these will be re-evaluated with the significant new data from Bamboo-1 before determining our future plan for the Ntem block.” 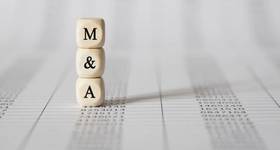