Guyana's government information agency (GINA) reported that Minister of Natural Resources and the Environment Robert Persaud said that offshore exploration in areas being contested by neighbouring Venezuela is facing “some setbacks”.
Responding to questions from the Parliamentary Sectoral Committee on Natural Resources, the Minister was referring to the expulsion and temporary seizure of the Malaysian seismic research vessel, RV Teknik Perdana, by Venezuela’s Navy last year. He added that Guyana was depending on an eventual resolution in its favor.

“It has created some level of setbacks in those particular areas where we’ve seen the intrusion by the Venezuelan naval representations. However, we are engaged in the companies who might be affected and we have remained optimistic that those matters will be resolved in a manner that will allow us to continue and proceed with those activities.”

In the meanwhile, activities outside of that particular zone “where we had difficulties with Venezuela, those activities have not been hampered in any way, and they in fact are proceeding apace,” the Minister said.

Referring to other exploration activities, he pointed out that other surveying companies are now analysing their surveys and planning ahead. The Minister also stated that applications are being processed for additional companies interested in oil exploration. This information he promised to send to the committee.

The Minister also revealed that the Esso exploration initiative in collaboration with Shell is on stream and the companies have commenced work.

Responding to questions from APNU member Joseph Harmon, Minister Persaud explained that the exploration division is part of the Guyana Geology and Mines Commission, “and to reinforce the work of the division, we have established an advisory board where we were able to access skills outside of the division,” he noted.

He explained that these skills were accessed from the University of Guyana and experts who are non-residents.

The Minister agreed that work would continue to ensure that companies engaged in oil exploration would be obliged under their contractual agreements to contribute to training of personnel and establishing schools in this regard. 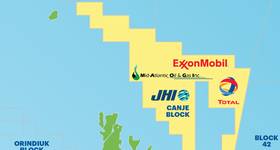 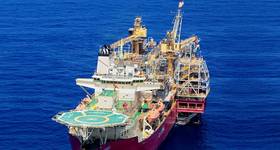