Marchant was chief executive of SSE, a large UK-based utility company, for 10 years, before standing down in 2013.

Earlier this year, Edinburgh Nova Innovation successfully designed, built and deployed a community-owned tidal project in the Bluemull Sound in Shetland. Nova then secured a £3.75 million investment package through private and public bodies to deliver a tidal array at the same site.

Atlantis also said it had signed a turbine supply agreement to supply one of its own 1.5MW tidal power turbines for Phase 1A of the MeyGen project. Contract commencement is contingent on achieving financial close.

The MeyGen project, which is 100% owned by Atlantis, is the largest planned free stream tidal energy project in the world, according to Atlantis.  A 252MW connection has been secured with Scottish Hydroelectric Power Distribution and the National Grid, and all consents have been secured for construction of the 86MW first phase.  First power is targeted for 2016, and it is estimated that 42,000 Scottish homes will be powered each year when the project has been constructed.

SgurrEnergy has started a research project with the University of Edinburgh and ScottishPower Renewables to establish ways to reduce those uncertainties under a three-year project.

For the emerging wave and tidal sector, the issue of energy yield uncertainty represents a real challenge- one that has slowed the growth of the industry for some time, according to SgurrEnergy.

Director of innovation at SgurrEnergy, Alan Mortimer, said: “The uncertainty calculation is the result of a long chain of measurements, modelling and calculations, all of which have their error bands. At present, uncertainty in wave and tidal is far too high, in some cases 30% of total energy yield estimate.

Resolving this issue could help to secure greater investment for technologies and for projects, and encourage faster growth in the sector. The reduction of energy yield uncertainty is seen as a priority area for the wave and tidal industry to move forward.”

As part of the University of Edinburgh’s Industrial Doctoral Centre for Offshore Renewable Energy (IDCORE), the research campaign will identify individual components of the energy yield estimation process. Based on this research, priority areas will be highlighted and further quantified in order to understand where the biggest reductions can be achieved.

These areas will then become the focus of targeted research which will seek to develop improved measurement techniques, modelling tools and yield prediction processes for the benefit of the industry.

WaveKsenia Siedlecka, IDCORE manager at University of Edinburgh, said: “This project is a collaboration between academia and industry, harnessing industry expertise, practical experience and theory to shed light on this important area of research.”

Analysis and calculation techniques have benefited from a huge amount of development over the years, under considerable pressure from investors who need to know that their project will meet its IRR requirements. Much of this learning is also relevant to wave and tidal technologies.

Barry Carruthers at ScottishPower Renewables, said: “Energy yield uncertainty is a key consideration for wave and tidal investments and its reduction is paramount to the development of the sector. The findings of this research project will deliver greater understanding of risk reduction in the industry, making investment in wave and tidal a more attractive offer and ensuring certainty of this exciting sector.” 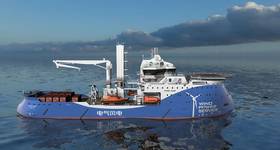 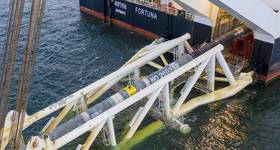