We asked production optimization specialists their views on the latest trends in the area. Skills comes high up the list. Elaine Maslin sets out the results of our survey.

However, staff skills and knowledge shortages come a close second, according to the poll, carried out by Offshore Engineer and event organizer Offshore Network.

Moreover, more than half of those surveyed said that the greatest short-term impact to production optimization would be better offshore operations management program.

More than a third of those who responded to the survey said the biggest challenge was topsides activities, with just under a third saying staff skills and knowledge was the key challenge. The difficulties around getting new technology accepted was also cited as a challenge.

Nearly half of those asked said the greatest short-term impact to production optimization would be better offshore operations management program. A fifth said technologies, such as artificial lift or enhanced oil recovery methods, would bring the greatest short term impact.

When it came to making a longer-term impact on production performance, choices were more evenly spread. A 28% majority said capital investment would have the biggest long term impact, 20% and 17%, respectively, cited better offshore operations management, and better reservoir management and technology, such as artificial lift and EOR. In addition, respondees suggested greater standardization to make improvements more economically viable and tax cuts for older fields.

Asked how the industry could make better use of data, delegates suggested the following:

While training was high on the list of what delegates saw as the biggest short term challenge to production optimization, it is an area where many have already been focusing much attention.

Asked what they have been doing already to improve production optimization, many said better investment in technology and management training, as well as increased graduate intake and training and focus on skills retention.

Many asked said they are also looking to technologies, such as intelligent completions, sand control technologies, PI ProcessBook, heat exchanger optimization, and other improved downhole technology,

Other areas being addressed include the subsurface and cover repeat seismic surveys and increasing injection fluids and use of polymers to enhance production, as well as focusing on well integrity management and root cause analysis.

Investment has also been a key area, with some addressing obsolescence issues on their plant, upgrading facilities, and increasing offshore bed-space, such as BP’s Magnus and ETAP renewal campaigns. Process management has also been under the spotlight for conference delegates. Process flow and quality management efficiencies, remote analysis to maximize production and minimize downtime, and production surveillance and downtime analysis, were all cited by delegates as areas they have been working on. 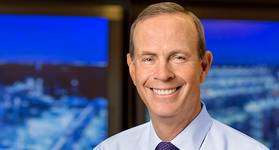