The University of Houston (UH) will lead a national research center for subsea engineering and other offshore energy development issues, including research and technology to improve the sustainable and safe development of energy resources in the Gulf of Mexico.

The work is intended to reduce the risk of offshore accidents, oil spills and other deepwater disasters.

The Subsea Systems Institute, announced by the Texas Commission on Environmental Quality, will be funded by the Resources and Ecosystems Sustainability, Tourist Opportunities and Revived Economies of the Gulf Coast States Act (RESTORE), resulting from the 2010 Deepwater Horizon oil spill.

Outgoing Texas Gov. Rick Perry said Monday that US$4 million in funds given to Texas by BP after the 2010 oil spill will be distributed to fund the center launched by UH, as well as a second center to be led by Texas A&M University-Corpus Christi. Total funding will depend on civil penalties levied in court.

The Institute will be led by UH, working in collaboration with Rice University, the Johnson Space Center, Texas Southern University, Houston Community College and Lone Star College. It will serve as a liaison for industry and government regulators, testing and validating equipment, helping standard-setting institutions with neutral third-party knowledge and other best practices, developing new materials and science-based policies, as well as overseeing workforce training.

UH President Renu Khator had set getting a national research center as a goal, calling it a “defining moment” in the University’s growth in her annual address last fall.

"We are grateful for this grant, which is the culmination of years of work to establish the University of Houston as The Energy University and a vibrant and comprehensive partner with the energy industry,” said Khator. “We envision our Subsea Systems Institute as serving to ensure that technologies, policies, regulations and standards needed for safe and environmentally responsible operations in the energy industry are developed and shared."

The Subsea Systems Institute is one of two Centers of Excellence established in Texas with funding from the federal RESTORE Act, which requires that the five states along the Gulf Coast affected by the Deepwater Horizon oil spill create the centers to conduct research. The Houston-area Congressional delegation offered strong bipartisan support for selecting UH as the lead institution for the center focused on offshore energy.

Ramanan Krishnamoorti, chief energy officer at UH, said the university’s location in the heart of the energy industry makes it a logical place for the institute, which was formed in response both to the catastrophic Gulf oil spill and to the continuing push by energy companies to move into deeper waters.

In addition to its technical work, the center will work on issues relating to training future subsea engineers to work at depths and temperatures previously unexplored.

“As the home of the nation’s only subsea engineering program, the University of Houston is uniquely positioned to lead not just the United States but the world in developing educational programs to ensure future leaders are able to safely and efficiently discover and develop future sources of energy in the Gulf of Mexico and other deepwater regions,” said Paula Myrick Short, vice president for academic affairs and provost at UH. 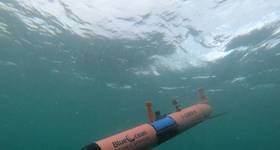