Reservoir engineers are getting to grips with automatic flow control devices to limit water cut and gas breakthrough – just as they did with their passive forbearers, explain Benn A Voll, Ismarullizam Mohd Ismail, and Iko Oguche.

One of the limiting factors affecting the length of horizontal wells has been the effective management of reservoir sweep with regards to wellbore influx. The added benefit of greater reservoir contact is met with increased differential drawdown across the well length and a greater tendency to cut across heterogeneous formations with varying permeability.

For many years, inflow control devices (ICDs) which restrict flow by creating additional pressure have been used to mitigate this problem. However, they are passive in nature and once installed cannot be adjusted. In the event of water or gas breaking through in an oil well the limitations of the passive ICD become evident as the well can be quickly overtaken by the breaking fluid.

Autonomous ICDs (AICDs) are, however, self-regulating and are classed as active. Unlike their passive counterparts, which produce greater pressure drop for higher density fluids, AICDs, in addition to controlling oil influx, choke water and gas more readily. This prevents the well from being flooded when unwanted fluids break through, therefore providing the advantage of being able to even out inflow into the well and, in addition, choke compartments producing unwanted fluids leading to greater recovery, lower water cut and gas production.

Integral to the effective implementation of AICD technology is optimization of the device and integration into the reservoir completion. Tendeka has developed a multiphase flow model of the AICD performance and applies this to modeling its influence on inflow distribution in a completed well system. The model is validated by comparing results obtained with extensive testing in a multiphase flow loop and actual field examples following the installation of more than 10,000 of the company’s AICDs in more than 50 wells globally.

One type of AICD available in the industry uses a levitating disc, shown in Figure 1. The disc regulates flow based on the fact that a moving stream of fluid will experience a reduction in pressure. When stream velocity above the disc are high enough, the pressure drop generated will lift the disc and restrict the area available for flow thereby choking the flow. Since the velocity is different for fluids of different viscosities at the same inlet pressures, it chokes fluids of different viscosities differentially.

Improved understanding of autonomous inflow control devices (AICDs) through single and multiphase testing has allowed for the creation of mathematical models making it possible to upscale or downscale these devices for changing conditions. Tendeka has developed a methodology for the creation of performance curves for any downhole fluid properties. A multi-step approach for design and optimization of an AICD completion design should be followed including:

The data is inputted into the design and simulator software to aid in the creation of an optimum AICD design. A unified approach to AICD modeling is paramount, and using the original equation proposed by the early adopters should be a first choice. Most AICD providers are able to provide performance curves, and as such should be able to port into existing or proposed simulation matrices.

Several mathematical equations have been proposed to allow for the simulation of AICDs in reservoir simulators. The most popular and widely implemented was first proposed by Statoil and has since been simplified by Tendeka, but it is of paramount importance to develop field specific coefficients. To arrive at such field specific coefficients, a series of steps must be followed;

The methods described above have been successfully implemented to evaluate autonomous versus passive ICDs in several large field developments. Some stability problems were reported in the reservoir simulators and several suggestions have been made on how to improve the stability.

Unless the bottom hole viscosity of oil and water is the same, an AICD should always outperform a passive ICD system. Ensuring sufficient hydraulics capacity for total liquids over the life of the well is important when running these simulations. As the reservoir engineers become more comfortable with the AICD-coefficients and with the ability to scale up and down for meeting the required flux rate, there should be a major increase in AICD completions, similar to that experienced over the last 20 years with the passive ICD systems.

Benn Voll is VP Completions, Tendeka. He is an MBA graduate with over 26 years’ experience in the oil and gas industry. He has 16 patents in the design and engineering of sand control products. Benn’s vast range of knowledge includes marketing, business planning, project management, well completions, hydraulics and drilling engineering.

Iko Oguche is a Development Engineer, Tendeka. He is an Advanced Mechanical Engineering graduate (MSc) from Brunel University, London. He joined Tendeka as a development engineer in November 2011 and has been influential in the design and optimization of near well-bore modeling software tools and analysis of well-bore components for monitoring optimum oil and gas production. 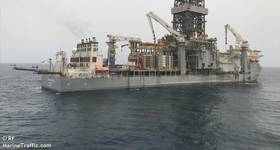