Deepwater subsea tiebacks conjure up all manner of technical innovation requirements, and/or the need for complex subsea processing technologies. Yet, it’s not always so. Elaine Maslin explores the particulars of Total’s Laggan Tormore development.

While Total’s Laggan Tormore development includes the deepest production wells on the UK Continental Shelf, and is the only subsea tieback off the UK, at an impressive 140km-long, the offshore infrastructure isn’t actually that complex. It’s a relatively simple set of six wells with a control system.

What makes it challenging is the rough Atlantic weather, which plagues the West of Shetland area, making installation challenging and regular intervention undesirable. But, it’s also something of a chemistry set, offering some new process challenges to Total’s UK business.

Despite its remoteness, the Laggan Tormore infrastructure – Total’s first long, remotely operated subsea tieback – is also set to be the keystone infrastructure to unlock other fields, potentially otherwise stranded, including Edradour and Glenlivet, creating a new production hub.

The £3.5 billion (US$5 billion) Laggan Tormore development came onstream earlier this year, initially producing 8 MMscm/d. The fields are expected to continue production for up to 20 years.

Laggan was discovered in 1986, 125km northwest of the Shetland Islands, in some 600m water depth. But, it wasn’t until Tormore was discovered in 2007, that the larger Laggan gas and condensate field, which was too deep to develop using fixed facilities, could be made economic.

“There is no [existing] infrastructure West of Shetland to produce gas,” says David Hainsworth, operations manager, Total E&P UK. “For the investment to put that in place you need a certain amount of reservoir and production. It was not economic with Laggan on its own. Other fields and options were looked at, but then getting Tormore as well made it big enough to make the investment.”

Because the fields are gas and condensate, floating production facilities weren’t selected, due to gas storage and export limitations.

Total has used two, 900-tonne each, standardized six-slot production templates, with four wells in total planned at Laggan and two planned for Tormore, using FMC Technologies’ 10,000psi vertical Xmas trees. These are connected to shore by two, 143km-long, 18in, multiphase flowlines, plus an 8in monoethylene glycol (MEG) line, a 2in service line, for equalizing valves or adding more MEG, etc., and two control umbilicals, for redundancy.

The design includes spare capacity in the umbilicals, in order to add a second manifold upstream from Laggan or Tormore for up to six wells. It also has six hot-tap Ts for tie-ins to the multiphase pipelines between Laggan and the Shetland Gas Processing Plant (SGPP) (three on each flowline and the MEG pipeline). Four Laggan wells, which were pre-drilled, are in production. A well at Tormore will be completed this summer and available for production, with another future Laggan well due to be drilled sometime in the future.

While the offshore subsea concept decision was relatively straight forward, onshore was less so. “For onshore, we could have gone into [BP’s] Sullom Voe Terminal (SVT) and operated as part of that,” Hainsworth says. “A key decision was the choice of hydrate inhibitor, methanol or MEG. We chose a MEG-based system because you can regenerate MEG, which you cannot do with methanol. But, it means you need a bigger plant.”

Total also had to be able to put a pipeline inspection gauge down the flowlines, due to wax formation risk in the well fluids, which is why two flowlines were built to create a loop. “So, we also had to deal with bulk liquids from the pipe, which means you need a slug catcher,” Hainsworth says. Each time the system is pigged, it will create a 21km-long slug of liquid running in front of the pig. The slug catcher smooths out the slug and moves it into one of two storage tanks, one rich and one lean, which will be managed concurrently with the regeneration process, as well as having to strip out salts, Hainsworth says.

“Managing those stocks will be a challenge. The plant is sized for a continuous rate. It takes 10 days to regenerate the MEG, but we only expect to pig once a quarter,” he says. A pig run takes 24 hours, with the first one scheduled for March this year. The team will be looking carefully to see how the results match their simulations and will adapt the process accordingly.

To separate the MEG and water from the gas, a three-phase separation system is included in the onshore processing facility. Then the MEG has to be regenerated. Its pH is also modified to minimize corrosion risk. The onshore MEG plant was also designed with overcapacity, to cover possible requirements for future water breakthrough. And then there is also a water treatment plant, with stringent requirements.

Because of all these requirements, the footprint of the plant required and the minimal synergies with BP’s plant, the new 500 MMscf/d (14 MMscm) capacity SGPP, adjacent to SVT was built. Condensate is exported to the BP facility, while treated gas is exported from there via the new 234km Shetland Island Regional Gas Export pipeline to a tie-in into the FUKA pipeline, which terminates at St Fergus, northeast Scotland.

Uniquely, in order to build the plant, some 650,000cu m of peat was removed and stored in specially designed peat stores, where it will be kept until it’s time to rebuild the land to how it was. That’s another new piece of chemistry the firm had to learn. Indeed, the peat, which would have otherwise released CO2 into the atmosphere, is monitored during its storage.

Other environmental limitations have also driven the design of parts of the plant, including incorporating waste heat recovery units, as well as the methodology for how the compressors are operated to minimize emissions.

The site is a significant one, and its construction faced some difficulties, ultimately resulting in delayed first production, from late-2014 to early this year, and huge cost overruns for contractor Petrofac, who took the job on a lump sum basis. Petrofac has blamed bad weather on the notoriously exposed Shetland Islands, industrial action by workers, problems with sub-contractor deliveries and more rectification and reinstatement work than expected. Petrofac’s group CEO said last year the firm’s lack of experience operating a direct construction model in a wholly new geography, where “labor costs are higher and productivity lower than we are used to, has cost us dearly.”

While the subsea infrastructure is relatively simple, it’s still deserves mention. “We have tried to standardize the equipment subsea so it is easier to order something for Edradour or Glenlivet,” Hainsworth says, which means subsea tooling can also be standardized. “The downside is you are stuck with that vendor,” Hainsworth says, but there’s no easy medium.

That still leaves the West of Shetland weather to contend with, however. “Winter operations have proved to be very challenging, due to the location of the field exposing it to the worst of the North Atlantic storms,” Total says.

The rig used was modified to fit hull guides to permit deployment of BOPs and Xmas trees in heavier sea and wind conditions. Accurate weather forecasting also helped mitigate some of the effects of weather. But, ultimately downtime was significant in the November- March periods. Indeed, for the 2016 campaign, the semisubmersible drilling rig West Phoenix was demobilized from location until March, to avoid the downtime associated with winter operations.

There are also challenges beneath the waves, with significant and hard to predict currents in the water column (OE: January 2015). Total used on-site current monitoring to aid decision-making during operations, as well as using powerful, high-specification ROVs, with dedicated heavy weather deployment systems to allow operations during periods of difficult surface and subsurface conditions.

To help optimize the whole system, Total is using a pipeline management system, supported by a multiphase flow simulator, powered by the latest flow assurance software, Leda Flow, rather than Olga, to help tune what is happening in the pipeline to optimize for the individual flows in each of the wells. “It’s the first time we’ve used a pipeline simulator,” Hainsworth says, and it’s meant using Venturi flow meters, and multiphase meters for the well fluids – all supported by a pile of instrumentation that can send the data back to the beach.

“There are individual flow meters on each well, then one for each manifold, so if something is not working we can infer what is happening,” Hainsworth says. “We can get enough data to allow us to make decisions. We also worked with FMC Technologies to allow us to monitor how the equipment is working,” says Hainsworth, which will allow for equipment to be switched out if it looks like it’s heading towards a failure. This could be hydraulic response signals showing you a valve is getting harder to operate, he says. “When we are next there we can change that valve or instrumentation.”

As part of this philosophy, the equipment Total expects to wear out more quickly, such as choke valves, is designed to be retrievable. “You could retrieve the whole manifold, but you wouldn’t want to unless it’s really necessary.”

The main flowlines, supplied by Corus and installed by Allseas, using its Solitaire vessel, are covered in a thermal spray aluminum on the outside for the first few kilometers, for heat dissipation, to prevent buckling and reduce corrosion risk.

A possible complication was added to what would be otherwise relatively simple future offshore infrastructure additions – an oil leg, thought to be heavy oil. This was discovered on the Tormore field during appraisal well drilling in 2013. While this will not impact initial production, as the development will initially be one well, tapping the gas zone, it is a future target. Hainsworth says once the first Tormore well is producing it will be monitored and the bigger picture assessed in order to maximize overall recovery from the field.

More near-term production targets are the Glenlivet and Edradour discoveries, which are expected to tap around 65 MMboe reserves and are already lined up to be tied into the Laggan Tormore infrastructure, again using standardized templates and subsea equipment.

“We have tried to design something robust, not overly complicated, which has redundancy in it, and non-critical failure acceptance,” Hainsworth says. “We are delighted it is working.” While subsea compression has been added to the industry’s tool box, it’s not something Total is currently looking at for Laggan Tormore. 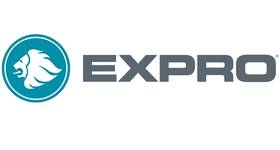