Shell readies to drill off Tanzania

The drilling program, due to start in Q4, will comprise two wells on Blocks 1 and 4 and target >1 Tcf of gas, says Ophir, which expects to pay US$20 million for its share of the cost (Ophir holds 20% in Blocks 1 and 4).

Shell became operator on the blocks after taking over BG Group earlier this year.

Meanwhile, pre-front end engineering and design (FEED) is progressing on an onshore LNG plant, which would take in Blocks 1 and 4, as well as Block 2, held by Statoil and ExxonMobil.

FEED is expected to start following the completion of the LNG site acquisition, the geotechnical investigations and engineering studies.

Concept selection for the upstream part of the project which will determine the configuration and production rates from each of the fields.

Ophir's COO Bill Higgs said: "Shell sees this as an LNG project that ranks well in their portfolio. Shell is currently looking for ways to reduce the cost structure for the LNG project."

Meanwhile, Ophir has reduced the expected cost to first gas on its Equatorial Guinea Fortuna floating LNG project from $450-500 million down to US$450 million. A final investment decision is expected by year end 2016.

Ophir is also planning to drill its first well in off the Ivory Coast, in deep water. The Ayame prospect is the main target, containing 240 MMboe expected recoverable resources with 80% chance of success.

The firm is also considering drilling in deep water offshore Gabon, in an area seen as an emerging oil play on the west African margin.

It is also looking at possibly drilling in deep water offshore Myanmar, in the Rakhine basin, in 2017. 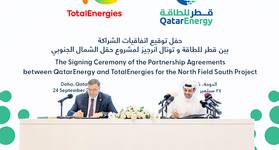