Ineos DeNoS will form part of Ineos Oil & Gas, a business division within the Ineos Industries.

"The completion of the deal positions Ineos as a top 10 company in the North Sea and the biggest privately owned exploration and production business operating in the energy basin," says Ineos.

Ineos says DONG E&P brings a good mix of long life and development fields, producing an average of 100,000 boe/d (in 2016) in the North Sea, with around 570 MMboe of commercial and potential oil and gas reserves in Denmark, Norway and the UK (West of Shetland).

"It is a natural fit for Ineos, further strengthening its long-term activity in the North Sea, which was founded on the acquisition of both DEA’s and Fairfield’s UK portfolios in 2015 and more recently the announcement to buy the Forties Pipeline System from BP," the company says.

“We see lots of opportunity within this impressive portfolio and we are keen to integrate it into our growing portfolio of oil and gas businesses," says Geir Tuft, CEO of Inoes Oil & Gas. "We are very pleased to bring this competitive, well run business into Ineos, with its experienced team, a strong portfolio of long life assets and a very good mix of existing production and developments across the North Sea.”

The portfolio of assets is built around three fields; Ormen Lange is the largest field in the DONG portfolio and the second largest gas field in Norwegian waters, Laggan-Tormore is a new gas field West of Shetland which came on-stream early 2016 and Syd Arne is a large oil field in Denmark. Along with the existing production the portfolio also features several large scale oil & gas developments in Denmark, Norway and UK (West of Shetland).

As part of closing, approximately 430 employees have been transferred from DONG Energy to Ineos across a portfolio of production, development, exploration and appraisal assets in Denmark, Norway and UK (West of Shetland).

The business has been acquired by the INEOS Industries business division.

Yesterday, regulatory approvals were given for the divestment deal.

“We are pleased to announce that today (28 September) the parties have received the regulatory approvals from the Danish and Norwegian authorities to the indirect transfer of the oil and gas licenses in the respective countries,” DONG said in a statement.

The duo announced the agreement on 24 May 2017, which includes DONG Energy divesting the entire share capital of DONG E&P to Ineos. 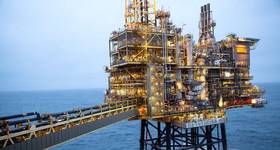