On the left is the original Cenpes building built in 1973 and on the right is the Cenpes II complex (Photo: Petrobras)

It will not be for lack of resources that RD& I projects in Brazil's oil and gas industry stop moving forward in the next few years, as Petrobras alone plans to invest R$3 billion (approximately US$800 million) in research until 2022. After a five-year shutdown in the bidding rounds for new oil fields, to define the pre-salt contract model, the recent resumption of both post-salt and pre-salt tenders and more tenders that are to come in short order, guarantee the execution in the coming decades of the technological research needed to reduce the production cost of the oil barrel – prices of which, in international markets fluctuate in the face of geopolitical disputes.

"Petrobras invests US$600 million a year in increasing its technological capability, equivalent to 0.6 percent of its revenues. Investments in RD&I are mainly destined to reduce production costs, while increasing safety and reliability. Today, drilling a well costs around three times less than 10 years ago," said Paulo Barreiros, manager of Technology Management at the Center for Research and Development (Cenpes) of the state-owned company.

It is notable that Petrobras has been progressively decreasing its pre-salt E&P costs through RD&I, in many cases through partnerships with other operators, service providers and academia.

But it is also true that Petrobras' emphasis in RD&I tends to be diluted, with increasing pre-salt production and the increased presence of major and super-major IOCs in exploration and production in the country. In 2017, for example, the national operator's RD&I investment was 80 percent compared to 20 percent of other operators.

"The tendency is to increase the participation of other operators even in view of the recent importance of pre-salt production, an area in which Petrobras operates in partnership with other companies, the history is disproportionate because before there was a monopoly," explained José Carlos Tigre, Technical Advisor at the Superintendence of Research and Technological Development of the National Petroleum Agency (ANP).

Before the pre-salt, the bulk of the production came from the post-salt plays at the Campos Basin, with a 100 percent presence of Petrobras. Today, 60 percent of the national production is already pre-salt. "Petrobras is no longer alone. New consortiums have acquired blocks in more recent rounds, and they do not include Petrobras," Tigre said. "The more new fields they enter, the greater will be the participation of other operators, and the arrival of new partners can accelerate the technological development process."

Law 9.478, of 1997, which broke the Brazilian oil monopoly, established for the ANP, among other functions, the attribution of stimulating research and the adoption of new technologies for the sector. Since Round Zero, the contracts between the ANP and the oil companies for the exploration, development and production of oil and natural gas had an investment clause in RD&I, which establishes the application of a percentage of gross revenue of production, according to specific conditions concerning the modality of the contract.

For concession contracts, the RD&I obligation is constituted in cases where there is a special participation payment, that is, for fields with high productivity and/or profitability, where 1 percent of gross revenue from production is earmarked for RD&I. In the first production sharing round contracts and the Onerous Assignment agreement (Cessão Onerosa), the RD&I obligation is constituted from any production volume, being equivalent to 1 percent and 0.5 percent, respectively, of gross revenue. For the second and third production sharing contracts, the RD&I obligations equal 1 percent of gross revenue, according to specific criteria associated with the depth and measurement of the field and the procedures for recovering the cost in oil. The funds generated are invested in RD&I projects that can be executed by the IOCs, Brazilian companies or accredited institutions. 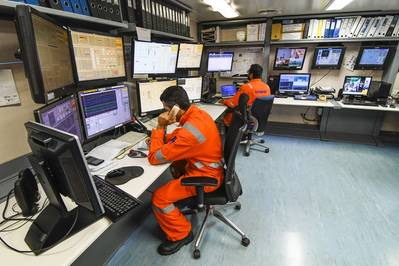