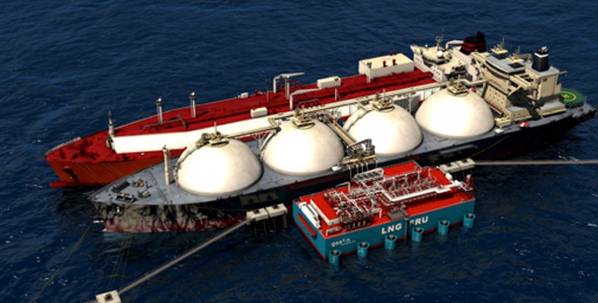 Ghana's liquefied natural gas (LNG) import project is finally under construction, years after its original inception, with two vessels contracted to store and regasify the fuel by the second quarter of 2020, a project partner said on Wednesday.

China Harbour Engineering Company has already begun construction work on a marina with a Floating Regasification unit (FRU) to be provided by the CSSC Jiangnan shipyard and a Floating Storage Unit by Gasfin, Gasfin's chief executive Roland Fisher said.

Ghana has been trying to get an LNG import project off the ground for years, with two leading LNG vessel operators, Golar and Hoegh, earmarking their ships for the Tema port only to withdraw due to delays over contracts.

However, this time round, contracts have been finalized, Fisher told delegates at an LNG conference.

LNG is expected to be sourced by Russian oil giant Rosneft, which has a 12-year deal to supply 1.7 million tonnes a year (mtpa) with Ghana National Petroleum Corporation, although the project has had previous LNG suppliers lined up.

The terminal will be able to import 2 mtpa, leaving 0.3 mtpa of supplies either yet to be negotiated or free for spot deliveries.