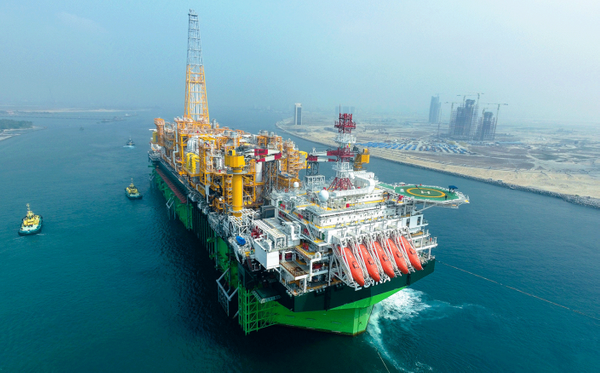 The Nigerian arm of Samsung Heavy Industries is in talks to resolve a court action launched by an industrial zone in the west African country where the company has been building a floating oil platform for Total, Samsung Heavy said on Friday.

"We are in discussions to iron out any misunderstanding or issues raised between the parties," a Samsung spokesperson said in a statement sent to Reuters on Friday.

"We are yet to come to the resolution or conclusion but we hope to resolve amicably for our further businesses together."

The LADOL sustainable industrial free zone refused to renew Samsung's sublease to use a shipyard and filed a court action last week, accusing the company of breaching the terms of their agreement.

LADOL's allegations included that Samsung breached the conditions of service for Nigerian workers, and violated both customs and immigration procedures.

Responding to Samsung's statement, LADOL said it also hoped for an amicable resolution to the dispute, but added: "Failure to maintain the conditions and requirements for operating in the Free Zone will not be tolerated."

Samsung Heavy Industries, one of the world's largest shipbuilders, says that through its joint venture with LADOL it has invested $300 million to help build a floating oil platform for Total's Egina oil field.

Total describes the field as one of its most ambitious ultra-deep offshore projects. The project is expected to produce an estimated 200,000 barrels of oil per day, representing about 10 percent of Nigeria's total capacity.