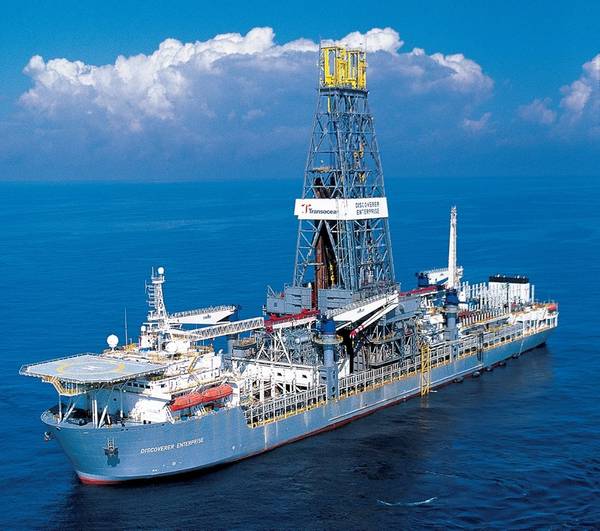 File photo: Transocean
Drilling contractor Transocean Ltd on Wednesday expressed optimism about a recovery in offshore drilling activity this year, despite reporting its third quarterly loss in a row.
Companies that provide services and equipment for oil and gas exploration and production, among the worst hit by the 2014 oil price downturn, have grown optimistic about the future as oil prices recently have bounced back.
In recent quarters, companies that focus on providing services to onshore shale producers have posted the biggest gains, while those exposed to offshore drilling have continued to face headwinds as those higher-cost projects require sustained oil-price gains to turn a profit.
U.S. benchmark oil has traded above $60 a barrel for much of the year, up from less than $55 a barrel this time last year.
"Today's outlook is certainly more encouraging than it was a year ago," said Chief Executive Jeremy Thigpen, pointing to improvement in utilization and day rates for its harsh-environment rigs and increased tendering activity in the ultra-deepwater area.
The company reported a fourth-quarter loss of 24 cents a share, excluding items, and a drop in revenue to $629 million, from $974 million a year ago.
Transocean's revenue was affected by a fatal accident on the Petrobras 10000 drillship in December, which resulted in drillship downtime during an investigation.
Shares of the company were up 2.7 percent at $9.34 at midday in New York trading.
Wall Street analysts generally described the results as neutral, but some saw the company's optimistic outlook and new contract awards as positive.
"Transocean begins the year with positive momentum," analysts from Barclays wrote in a note on Wednesday.
Transocean also was upbeat about activity in Latin America picking up, as countries such as Brazil and Mexico have recently auctioned offshore blocks to encourage new exploration and drilling activities. It said one customer is expected to move a rig from the United States to Mexico later this year.
"That's a great segue for us to enter that market," said Roddie Mackenzie, vice president of marketing and contracts.