Eni CEO Paolo Scaroni outlined the Italian company’s exploration progress and activities within the country to the President of the Republic of Mozambique Armando Guebuza.

Eni announced that the “possibility of enlarging the shareholder base of Area 4 was favorably received by the President, as this would further strengthen the project.”

Next steps for 2014 include the drilling of two additional wells, after achieving a perfect success rate in the completion of 11 wells.

Also up for discussion were both international and domestic projects, including the construction of onshore and offshore liquefaction plants to predominantly serve the Asian market. A local project Eni described as “currently being studied” is a gas-to-liquids project enabling Mozambique to fulfil local diesel requirements starting from gas feedstock.

The onshore liquefaction facility, shared with US-based Anadarko Petroleum, is expected to pull from the Eni-operated Area 4 Block, and the Anadarko-operated neighboring Area 1 Block.

In late February, Eni announced that it would install three floating liquefied natural gas (FLNG) projects off the Eni-operated Area 4, which holds more than 85Tcf of gas. Unitization talks are expected to be held later this year. Anadarko said that Area 1 Block holds more than 20 deepwater wells with an estimated 45-70Tcf of recoverable natural gas.

Eni said that Guebuza praised the company’s “positive effects” on the country, which has found 9.5 billion boe during the period of 2008-2013.

In Mozambique, Eni is the operator of the Area 4 with an indirect 50% participating interest, owned by Eni East Africa, which holds 70% of Area 4. Its partners in consortium are Galp Energia (10%), KOGAS (10%) and ENH (10%, exploration phase only). In Area 4, CNPC holds an indirect stake of 20% through Eni East Africa.

Image showing development plans of Areas 1 and 4 from the EIA. 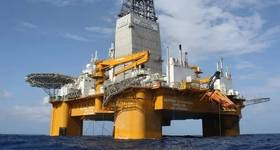 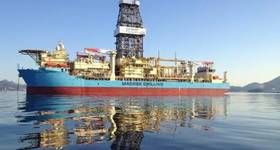