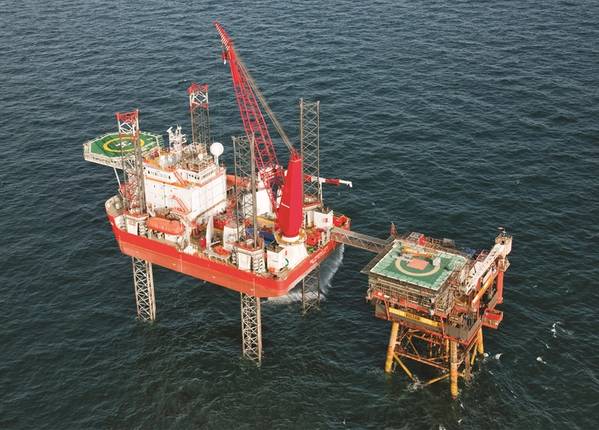 Shares in Gulf Marine Services were expected to fall about 10% in early trading on Wednesday after the oilfield industry contractor said the publication of its first-half results would be delayed.

Gulf Marine, which was expected to report results on Wednesday, said the delay in finalizing its accounts was because of the ongoing talks with a lender about continued access to one of its working capital facilities, which provides short-term liquidity.

The company now expects to publish results before Sept.30.

The Abu Dhabi-based offshore services specialist's chief executive officer resigned last month after it warned a reassessment of its ships and contracts showed profit would fall this year.

The company had said a review by new finance chief Stephen Kersley of its large E-class vessels operating in Northwest Europe and the Middle East pointed to 2019 core profit of between $45 million and $48 million, below $58 million it reported last year. Reuters, citing a source familiar with the matter, had reported that the CEO was asked to step down.

The company, which in the past predominantly operated in the United Arab Emirates, expanded operations and deployed large vessels in the North Sea and Saudi Arabia nine years ago and listed its shares in London in 2014.

Gulf Marine said in August that market conditions have been challenging and it was still in talks with its financial advisors regarding a new capital structure.

Tensions in the Persian Gulf, a worrisome global growth outlook and uncertainty over oil prices have recently dampened investor confidence.

Shares in Gulf Marine, which have fallen almost 30% this year, closed at 7.32 pence on Tuesday.