Mermaid Maritime canceled a contract for the Mermaid Ausana, a DP2 dive support and construction vessel, with China Merchants Industry Holdings that the company ordered on 9 January 2014.

Originally, on 27 May, Mermaid postponed the delivery date of the vessel to 30 June 2017.

However, in light of the challenging global oil and gas market situation and the co-operative relationship, Mermaid said it has mutually entered into a settlement agreement with China Merchants to terminate the construction contract for the vessel effective 6 December 2016.

A pre-paid installment of US$20.4 million was already paid under the construction contact, with a remaining balance of about $124.8 million that would have been due to China Merchants upon delivery of the vessel.

As a result of the settlement, the pre-paid sum has been retained by China Merchants; and the vessel’s materials and equipment has become the sole property of China Merchants Industry.

The deal also ensures that the Mermaid shall have no obligation to pay the balance payment. In addition, Mermaid has also received $1 million from China Merchants. 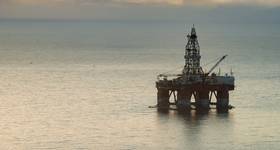 Wave of N. American Oil and Gas Bankruptcies to Continue...