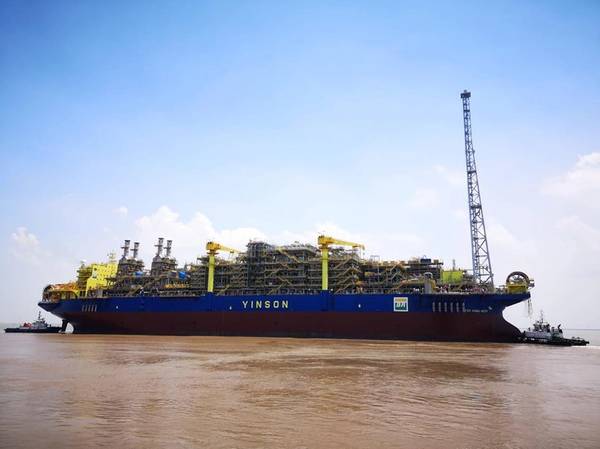 The Anna Nery FPSO, bound for Petrobras' Marlim offshore field in Brazil, last Friday left the Cosco Qidong shipyard in China, marking the start of its journey to Brazil.

The FPSO, to be provided to Petrobras by Malaysian FPSO provider Yinson, with its project partner Sumitomo Corporation, will now carry out navigation tests for 15 days in Chinese waters. After this, the FPSO will make stops in Singapore and Mauritius, where it will take supplies and change the crew.

It is expected to arrive in Brazil in October when the final stage of commissioning and acceptance tests will take place after which the FPSO will start its 25-year contract with Petrobras.

The Anna Nery FPSO is scheduled to start production in 2023. It will be able to produce 70,000 barrels of oil and process 4 million m³ of gas.

The FPSO Anna will be the first of two FPSOs that will be part of the Marlim and Voador Revitalization Project in the Campos Basin.

The FPSO Anna Nery together with the FPSO Anita Garibaldi, the next production unit scheduled to operate the Marlim and Voador revitalization project, will be connected to 75 wells and will allow the extension of production from the field's deposits until 2048. The new systems will enable the expansion of the current production of Marlim and Voador to more than 150 thousand boepd. 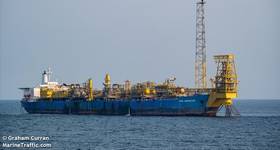