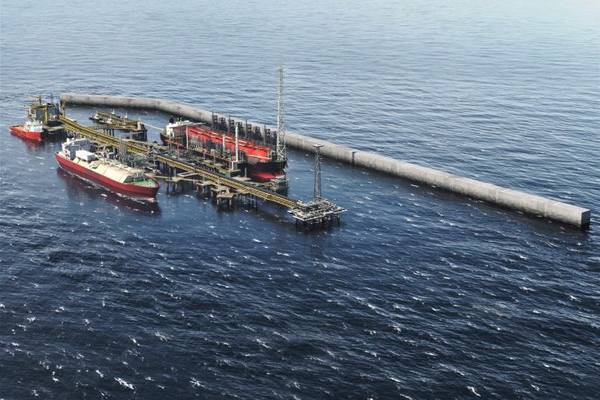 Europe's move away from Russian gas provides a ready and lucrative market for a vast project being developed in West Africa, Mauritania's oil minister said on Thursday.

As Russia has reduced gas supplies to Europe and Europe seeks to limit its dependence on Russian gas, Africa has an opportunity to fill the gap, but it needs to act now before a longer-term shift to low carbon energy limits the West's appetite for fossil fuel.

"In this 10-year period from now 'til 2030, priority is given to exploiting all the potential of the country in terms of gas," Abd Esselam Ould Mohamed Salah told the African Energy Forum in Brussels.

"Recent prices have opened the opportunity for Mauritania, Senegal as well as other African countries to export more gas to Europe," he said. "Europe needs to diversify its supply resources, so that fantastic opportunity - we need not miss it."

The BP-operated the Greater Tortue Ahmeyim gas project straddling Mauritania and Senegal is scheduled to start production by December 2023, he said, while another smaller field ought to be online by 2025.

Europe's benchmark gas prices this week hit levels up by more than 300% compared to a year ago and high energy prices are ramping up inflation that is near four-decade highs in some developed countries, adding to fears of recession.

The International Energy Agency said on Wednesday that a reduction in flows from Russia to Europe could foreshadow a total cutoff and urged the continent to begin preparing for a deeper supply crunch immediately.