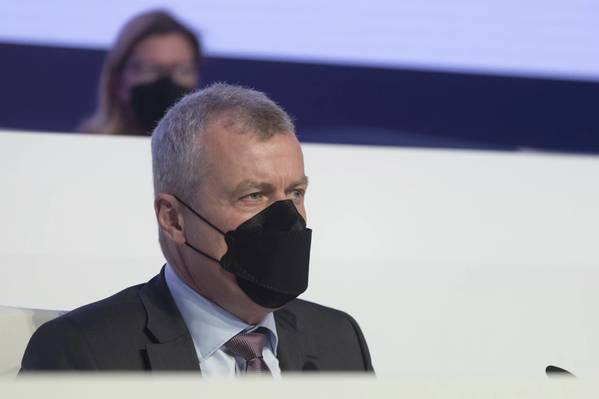 Offshore wind turbine maker Siemens Gamesa Renewable Energy on Thursday announced the ratification of the recent appointment of the CEO, Jochen Eickholt, as an executive director.  Eickholt took over from Andreas Nauen as CEO on March 1.

The company said it was working under new leadership to return to profitability and deliver the full potential of wind power necessary to address the challenges of the climate emergency and energy security.

Apart from ratifying Eicholt as an executive director, at its 2022 Annual General Shareholders' Meeting held Thursday in Bilbao, shareholders approved all items on the agenda, and ratified the appointment of Francisco Belil as an independent director and André Clark as proprietary director.

"The meeting took place at a time of turbulence for both the industry and the company as recent months have brought significant supply chain disruption and higher logistic and material costs," the company said.

"Despite the current challenges, however, the long-term outlook for the company remains promising. Renewable energy remains a key solution to the challenge of decarbonizing economies and installations of wind turbines are expected to grow strongly to meet demand. In addition, countries seeking to develop an energy supply independent of geopolitical disruption are increasingly looking to renewable sources of energy such as wind," the company added.

Addressing shareholders for the first time as CEO, Jochen Eickholt said:"The world needs to install much more wind energy and at a faster rate than in previous decades. It is our duty to embrace that challenge and strive to extract the most from wind energy in the years ahead. I believe we have the right mix of people and technology at Siemens Gamesa to help us do just that.”