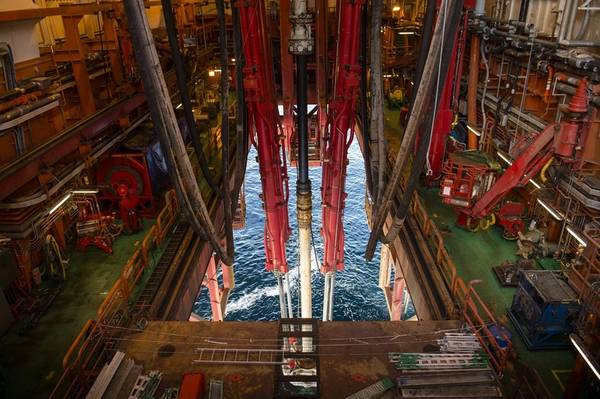 Exploration drilling operations have commenced on the Equinor-operated Ginny exploration well 6407/9-13 in the Norwegian Sea.

The well, in production license PL1060, targets both an Upper Jurassic (Ginny) and a Middle Jurassic (Hermine) prospect located between the Galtvort and Hasselmus discoveries. It is being drilled by Seadrill's 6th generation ultra-deepwater semi-submersible drilling rig West Hercules.

"This is the first of three exploration wells we will be drilling the coming year, all focused on near-field exploration near our Draugen and Gjøa producing fields,’’ said Andrew McCann, SVP Subsurface & Wells at OKEA, holder of a a 40% working interest in the license which was awarded in the APA 2019 licensing round.

"This type of exploration is core to OKEA’s strategy of identifying upside potential for our producing assets and a discovery in this area could be developed rapidly through use of existing infrastructure," McCann added.

The license is located northwest of the Draugen field, which is operated by OKEA (44.56% stake).

Equinor Energy AS is operator of PL1060 with 31% working interest.  The other licensees are Chrysaor Norge AS (20%) and Longboat Energy Norge AS (9%).

OKEA said further announcements will be made, if applicable, when hydrocarbons are encountered, and/or on completion of drilling operations.